Looking In On Li-Cycle Holdings 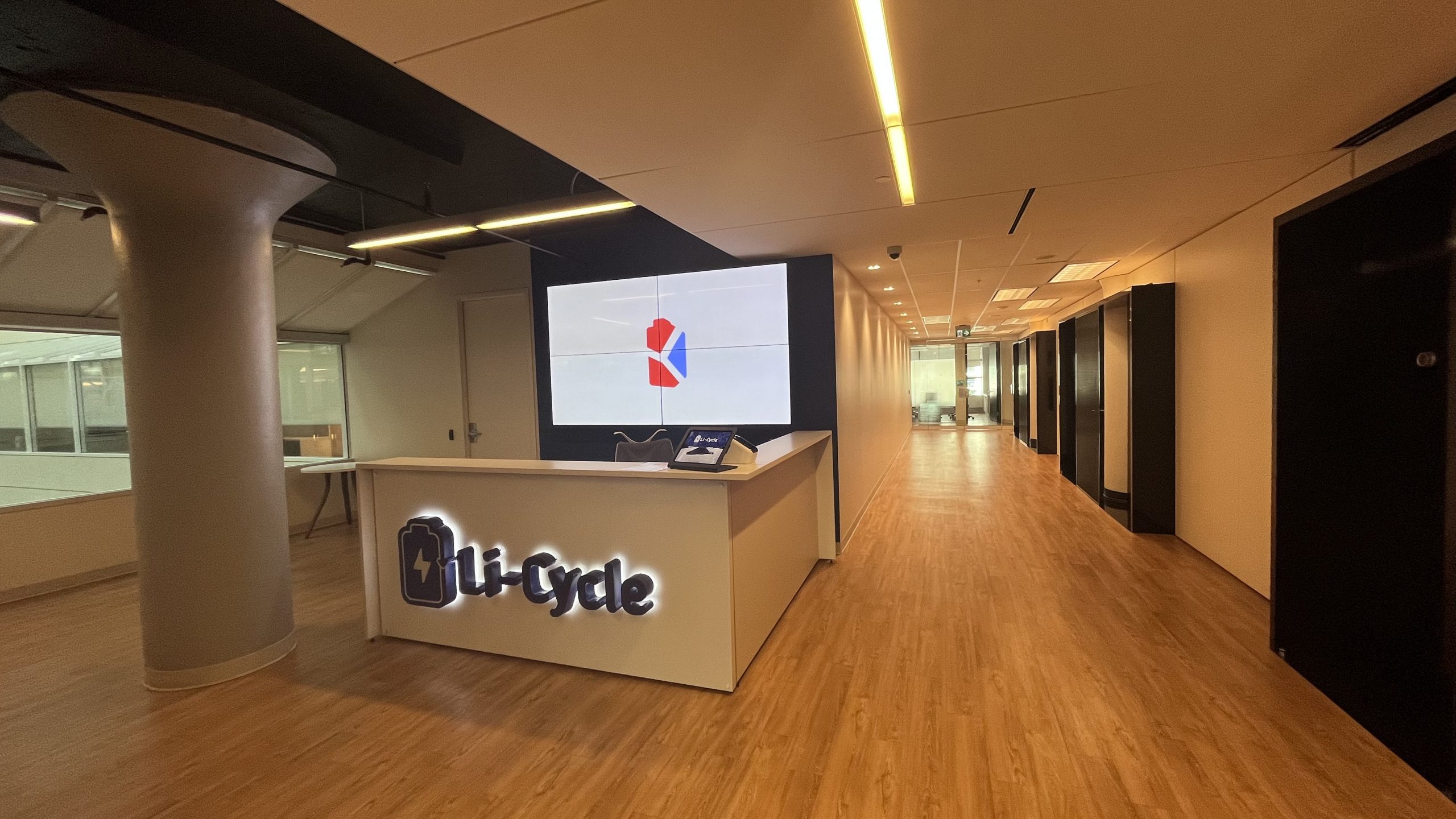 Today, we take an in-depth look at another EV battery-related concern that has been crushed in the recent sell-off in the market that has seen all high beta sectors pull back severely so far in 2022. Are we near a bottom? We examine that question in the analysis below. 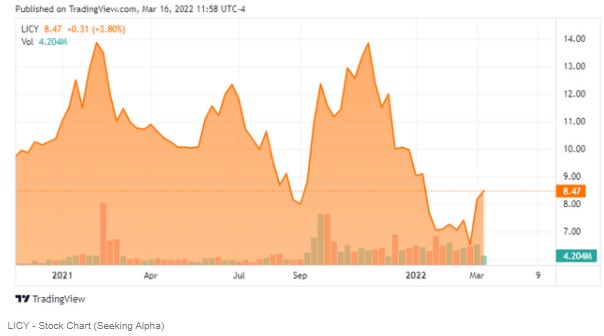 Li-Cycle Holdings (NYSE:LICY) is located in Toronto. The stock currently trades right at $8.50 a share and sports an approximate market capitalization of $1.4 billion. 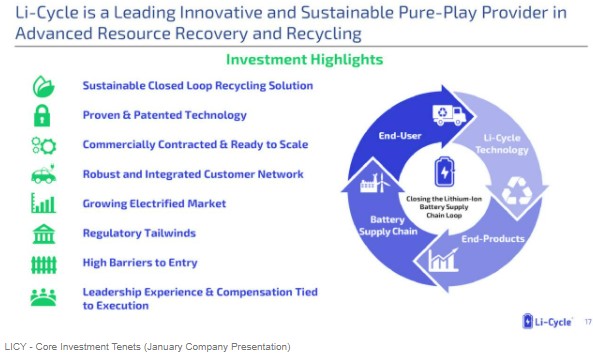 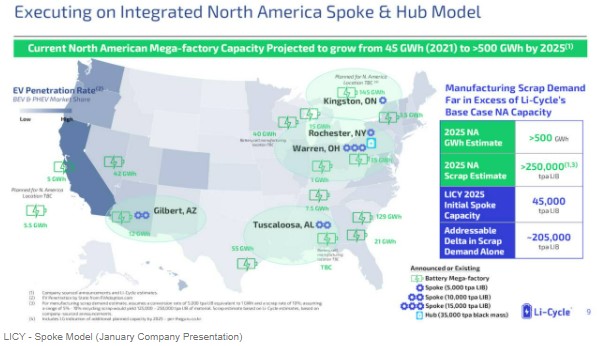 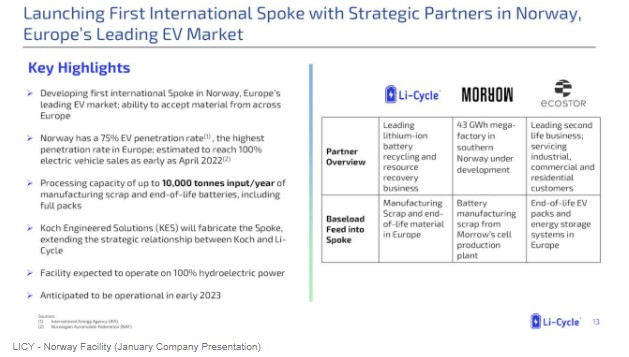 The company is focusing on the North American and European EV markets at the moment but will explore opportunities in Asia as they arise. Its operations in Norway should come online in early 2023.

On January 27th, Li-Cycle reported fourth quarter results. It is important for potential investors to remember that the company is in the very early stages of its aggressive built-out strategy. Revenues for the fourth quarter came in at $4.4 million, a huge increase over just $500,000 in sales in 4Q2020. For all of FY2021, the company had $7.4 million of sales compared to just $800,000 in FY2020. Total operating expenses were $18.2 million for the quarter and almost $40 million for FY2021. This is a significant increase over the just less than $10 million of these expenses in FY2020 as the company significantly ramped up operating activities as it builds out its production capacity.

The analyst community has been mixed on Li-Cycle’s prospects so far in 2022. Three analyst firms including Citigroup have reissued Buy ratings on Li-Cycle this year, albeit two of them with downward price target revisions. Their current price target among these bulls is now $11 to $18 per share. Robert W. Baird has maintained their Hold rating and $9 price target, and Morgan Stanley downgraded the shares to Equal Weight with a $10 price target.

In addition, in early February, the company redeemed all the outstanding warrants in its stock with a further simplified capital structure.

The current analyst consensus has the company losing between a quarter to 30 cents a share as revenues jump more than fourfold to north of $35 million. The current projections are in wide range of approximately $90 million to $290 million in sales in FY2023 with the company still delivering a manageable loss.

Li-Cycle’s balance sheet appears in good shape to support the huge ramp-up of capacity leadership is planning for over the coming years. There are way too many unknowns (pace of EV buildout, metals pricing, projected capacity ramp out meets schedule/budget, etc.) to merit a large stake given Li-Cycle is in the very early innings of its journey. A small ‘watch item‘ holding as a proxy for the predicted migration to electric vehicles doesn’t seem out of line on the recent huge pullback across the space, however. There are options against this equity, so a covered call strategy is viable.

Summary Li-Cycle is growing its customer base beyond North America to Europe, with its recent partnership with Morrow Batteries. The company’s spoke and hub expansion is being executed well by...

REUSE/RECYCLING End-of-life lithium-ion batteries and the battery manufacturing scrap that’s generated along the way are proving to be a global issue. Ontario-based Li-Cycle is on top of it. March 18,...