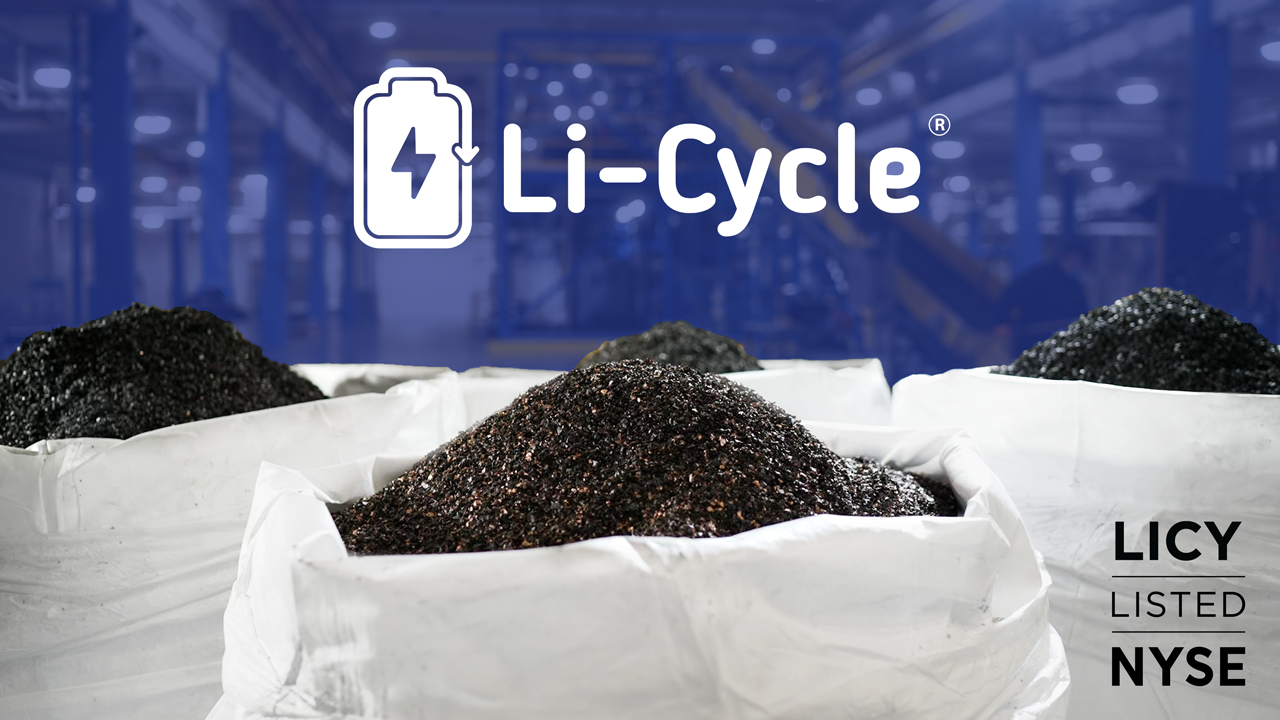 The black mass production target will be achieved on the commissioning of Li-Cycle’s Gilbert, Arizona, and Tuscaloosa, Alabama, battery recycling facilities this year.

“The Arizona spoke (recycling facility) nearing completion, represents the next level in our innovation in spoke design with regards to scale and process capability,” co-founder and Executive Chairman Tim Johnston said during an earnings call with investors. “The plant is the first of its kind, capable of processing full electric vehicle battery packs, making it safer and more labor efficient. The Alabama spoke is the same design as the Arizona spoke.”

The Arizona facility is set to come online in the second quarter, with the Alabama plant commissioning expected to follow in the third quarter. Both operations will have the capacity to recycle 10,000 mt/year of used lithium batteries to produce black mass, an intermediate raw material that can be further processed to yield various battery metals.

The Toronto-based company currently sells most of its black mass to third parties, but CEO Ajay Kochhar said it will increasingly direct more output to its proposed Rochester black mass processing hub facility when it comes online in 2023.

The Rochester hub will have the capacity to process 35,000 mt/year of black mass and produce nickel sulfate, cobalt sulfate and lithium carbonate.

Kochhar said revenues and profits rose as Li-Cycle’s existing operations ramped up to increase Q1 production by more than 190% year over year.

The battery recycler produced about 700 mt of black mass in Q1, compared with about 240 mt in the same quarter last year, according to the company’s earnings presentation.

Obtained key environmental permits for Rochester Hub, the first hydrometallurgical battery resource recovery facility in North America, on track for commissioning in 2023; Nearing start-up of operations at the Arizona...

Lithium-ion battery recycler Li-Cycle has announced a wave of investments over the course of the last year as customer demand for electrification ramps up. March, 2022 Original article published in...