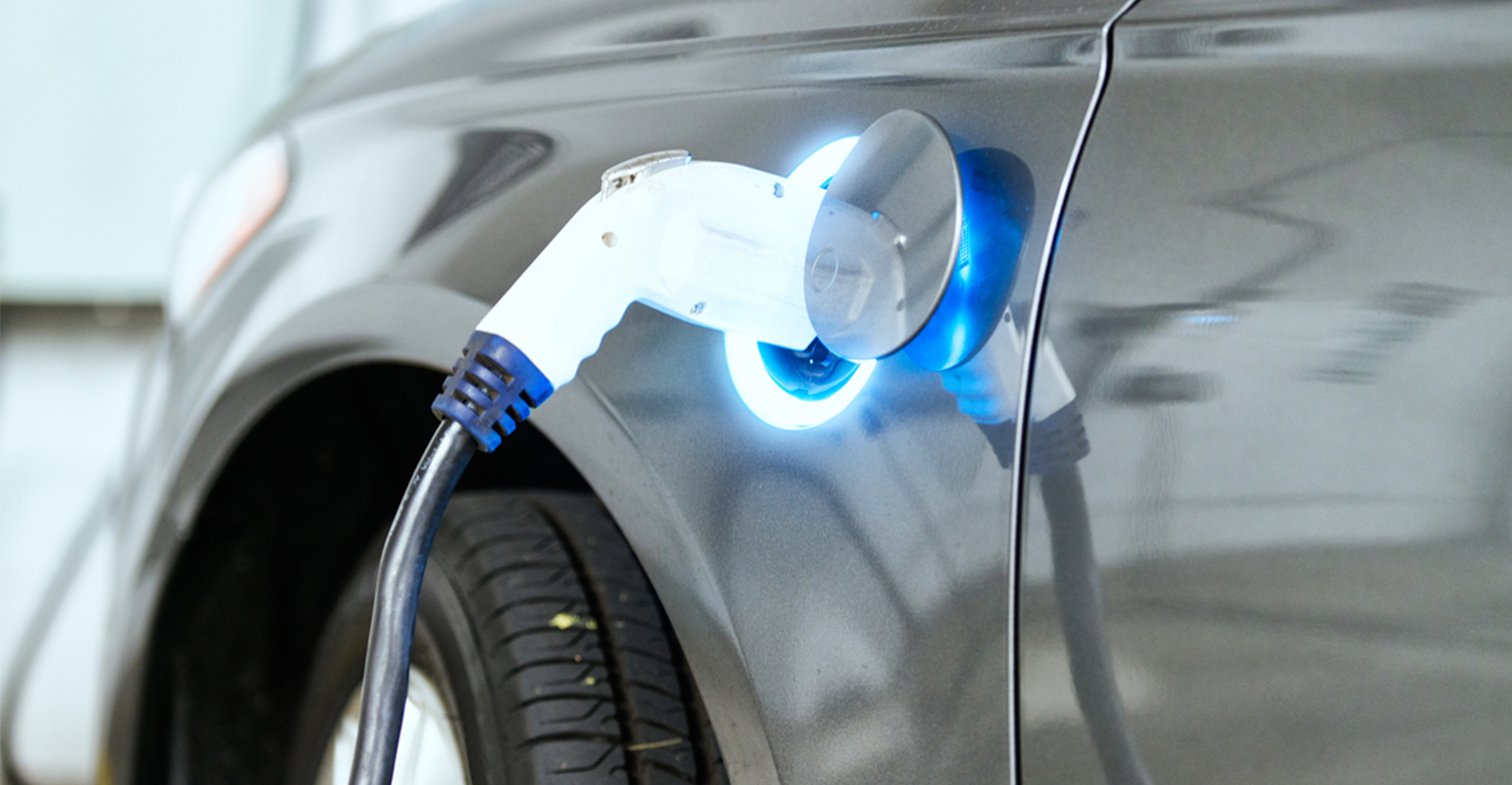 The story for lithium-ion battery recycling is just gearing up, and the clock is ticking for the industry to navigate the supply chain and close the loop.

Greenberger mentioned the Department of Energy’s research into designing lithium-ion batteries with sustainability in mind, which means “that they can be used well in the original application, or they can be disassembled and used for second life.”

The differentiation between the small and large format batteries presents a different set of challenges. While consumer batteries are relatively difficult to collect, high-voltage, large-format batteries such as those in electric vehicle (EVs) are much more conducive to recycling.

“I think the recycling rates for large one at high voltage lithium-ion batteries will in fact be well north of 90% once the recycling infrastructure is put into place,” Greenberger surmised.

“There’s a design of process to adapt to what’s coming out of the market,” Phalpher explained. “New technologies come out, and the mix of materials coming to recycling will continue. And I think that’s something that I also learned about new technologies like lithium, lithium sulfur, and that a company like ours or others, needs to continue to address moving forward.”

The Q&A session dug into battery safety, consumer education and what the industry might look like in the next 10 years.

Where does the safety of recycling lithium batteries come into play?

Greenberger: One of the big safety issues today with lithium-ion battery recycling is a result of batteries accidentally get mixed into the lead acid battery recycling stream. In fact, [there are] some pretty dramatic YouTube videos about what happens when you see the battery going up that conveyor belt and into the furnace. And it can be pretty dramatic. It’s a bad idea to have that happen. So, better marking to identify lithium-ion batteries so they don’t get mixed into the waste stream of other batteries that may be recycled in different ways is an important part of the process going forward.

One other safety issue I would note in regard to lithium-ion technology is that it’s actually relatively environmentally benign. This again differentiates it from things like lead acid and other types of batteries that may be fundamentally made up of more hazardous environmental compounds. You can pull apart the lithium-ion battery, and except for as I understand it, sort of small amounts of fluorine in some of the electrolytes, you’re really dealing with chemicals that do not have a major environmental hazard. So, lithium-ion has some environmental advantages over early-generation battery technologies that we will see play out in a positive way in years and decades.

Phalpher: Safety is obviously one of the number one issues when it comes to lithium-ion batteries, whether they’re new or spent lithium-ion batteries. I think the challenge with spent lithium-ion batteries is they’re coming out of host of different devices; vehicles can be in an accident and can be damaged or undamaged. So, the safety challenge really starts at the source of the battery. Everything from packaging and logistics, that’s where I think the highest risk is. A second would be storing those batteries. In our process, if we know damaged batteries are coming in, we don’t want to store that very long in our warehouse. So, we would prioritize that in terms of processing, but having safe storage appropriate precautions taken by staff, obviously, sprinkler systems and safety precautions within the building. That’s paramount in this industry. And that part of the chain is probably the highest risk for safety incident or thermal runaway. Once you go into our process, we have designed the system such that once the batteries on the conveyor, and it’s going into the shredder, it is being rendered inert very quickly. So, the safety risk is minimized in the process and really along that logistics and storage value chain. Now, other areas where there could be safety risks or in discharging the batteries or dismantling the batteries. We’ve tried to address that by minimizing dismantling and taking larger parts of the battery such as a module process. And also, we can take fully charged batteries safely into our process that do not needing discharging prior to that, which is also a safety risk as you have more human intervention with the battery.

Single use vapes are becoming a pervasive issue for the waste industry. How can consumer education play a part in creating a circular economy for these products?

Phalpher: I think we we’ve already started seeing an increase actually of vapes coming into our process. I think we received about nine tons two weeks ago. I think the way to deal with it was unknown maybe to manufacturers or collection groups. If you look at a vape, majority of the weight is the lithium-ion battery in it, and we’re starting to see increased collection there but it’s similar to others. It’s not any different I think from other consumer electronics. I think education needs to be provided as to there is a solution. This is where you drop the battery off. These are the collection points available. And I think vapes versus consumer electronics, there’s no data risk, right? phones and laptops, people don’t want to drop off because they’re worried about their data. There’s no data contained in the device. So, it should be able to collect more, but it’s really about using the channels through the collection programs. But I think also for the producers of the products. When you buy the product is a good touch point for customers to understand that this can be recycled in this way you can recycle it.

How can manufacturers producers of products utilize lithium batteries to leverage their sustainability initiatives to promote recycling?

Greenberger: Society always operates in a combination of ethics and laws. Ethics tells us what we should do. Laws tell us what we must do in a society that is reliant on laws is in deep trouble. Ethics and what we should do is really what powers a healthy society. And increasingly, companies and individuals are coming to understand the importance of recycling, whether it’s lithium ion batteries, or really just about anything else to the overall health of the environment, and helping the economy and society overall, I think you’re seeing that start to happen in the battery space. And the Apple initiative and other corporate initiatives are evidence of that. And they’re very important in promoting a societal ethic that is important to have society today.

Phalpher: If you read for example, the Apple sustainability report, they talk about recycled materials in their phone. And then they also have a take-back program to help bring the material back to them for recycling. And I think when you look at the large-scale batteries, such as EVs etc., I think there’s a lot of negativity or there is some negativity around the actual footprint of EV manufacturing. And recycling can help to counter that by reducing the impact of raw materials in the manufacturing process. A large part of the CO2 footprint of manufacturing and EV is battery manufacturing, which a lot of that contribution is from the raw materials. So, by bringing recycling and closing that loop, you can help to reduce the CO2 impact of your vehicle.

Where do you see the industry in the next 10 years?

Greenberger: NAATBatt did a study two years ago of the Chinese high-voltage, lithium-ion battery recycling process because China seemed and is much farther along in that then we are in the United States. And there are really two principal differences. In China, the biggest single one being volume. They just have a lot more lithium-ion battery volume we do, and so their infrastructure is just better evolved and developed. And the second one being it is a command economy. So, the government decided they weren’t going to allow their critical minerals to end up in landfills. They wanted to be recycled back into battery feedstock, and the government of China has been a bit more proactive than ours has been in the United States in making sure that that happens. I do expect over the next few years, we’re probably going to be seeing some more regulatory activity on the part of the U.S. government as concerns about critical materials and their availability to us manufacturers of lithium-ion batteries gain more attention. But that hasn’t really happened yet. But I would say over the next 10 years, we’re likely to see some movement in that area.

The only thing I would add to that is that, on behalf of NAATBatt one of the things we’ve talked about, there’s a real fear that we may end up a bit like the CRT industry and electronics recycling, with a whole bunch of different types of state mandates required requiring manufacturers and owners of batteries to treat recycling in different way. depending upon where those batteries and what state they ultimately end up. We think that would be a very bad idea. We’d love to see a national standard, maybe even a continental standard, whereby owners and manufacturers of batteries, knowing exactly what they need to do and do it consistently. And great consistency throughout the process. So, to the extent that government’s going to step in and hear please, on behalf of industry, make it as wide and as uniform a mandate as possible. That’s what’s going to help this recycling supply chain develop most rapidly and most.

Phalpher: Can we get to this 90% collection rate? I think in 10 years, there’ll be multiple factors that help us get there. One is the scale of the recyclers like ourselves and others, the increased consumer education on the consumer electronics side. But then also the EV production and deployment has just started. We’re seeing a lot more models last year, this year, next year, coming out a lot more production in North America. And by the time we get to 10 years, we should be able to see recycled materials such as cobalt and nickel going back into the batteries and back on the road.

Original article published in The Globe and Mail November 1, 2020 – Andrew Willis Tim Johnston is pointing his cellphone camera into a plastic drum that is half full of...

Li-Cycle charges ahead with Kingston ramp-up

Li-Cycle charges ahead with Kingston ramp-up

Original article published in Ottawa Business Journal October 23, 2020 – Adam Langenberg With the number of electric vehicles on the road skyrocketing, a Canadian recycler of the lithium-ion batteries...