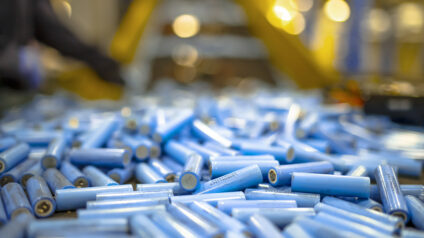 Peridot Acquisition Corp. stock climbed Tuesday as the SPAC struck an agreement to merge with Li-Cycle, a lithium-Ion battery recycler.

The two companies said in a joint statement that the deal will result in the creation of Li-Cycle Holdings Corp. and that the combined company will have a pro forma equity value of about $1.67 billion.

Li-Cycle, which was founded in Toronto in 2016, has commercial contracts with more than 40 blue chip suppliers, among other business agreements, with customers including 14 of the world’s largest automotive and battery manufacturers.

The companies said Li-Cycle should receive about $615 million in gross transaction proceeds, which will be used toward the company’s plans to expand worldwide. All of Li-Cycle’s existing shares will roll into the combined company, they said.

“Li-Cycle is at the forefront of one of the most crucial and under-penetrated markets in clean technology that is growing in lock-step with the electrification of mobility,” said Peridot Chief Executive Alan Levande, who will join Li-Cycle’s board of directors.

The newly merged company will be listed on the New York Stock Exchange and trade under the ticker symbol “LICY.” The deal is expected to close in the second quarter of 2021.

Roughly 130 SPACs have gone public in 2021, outpacing the first nine months of 2020, according to investment firm Accelerate.