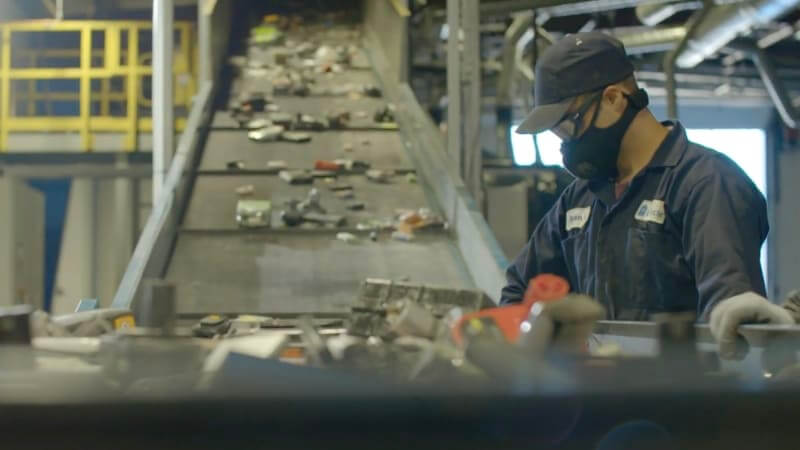 Li-Cycle Corp announced on Tuesday (February 16th) that it will announce a deal valuing a lithium-ion battery recycler for $ 1.67 billion through a merger with blank check acquisition company Peridot Acquisition Corp.

The initial public offering is betting on the growing need to recycle used batteries and the growing demand for lithium-ion power supplies for emerging products such as: Electric car..

The merger will provide Li-Cycle with additional funding of approximately $ 615 million, which will be used to build additional facilities for recycling and reusing batteries.

Peridot will provide $ 300 million, with the rest coming from private investment in public equity (PIPE) transactions. PIPE’s investors include Neuberger Berman Group LLC, Franklin Templeton, and the commodity trading firm Traxys, which is also a strategic partner of Li-Cycle.

Reuters On Monday (February 15th), Li-Cycle and Peridot reported that they were approaching a merger agreement.

Founded in Toronto in 2016, Li-Cycle recycles scrap and used lithium-ion batteries that power products such as electric cars. For reuse in medical devices and smartphones, battery manufacturing and other applications.

Market research firm IHS Markit estimates that approximately 1.2 million tonnes of battery will end its life cycle in 2025 and 3.5 million tonnes in 2030.

SPAC is a shell company that is IPO-funded and listed by merging with a privately held company. SPACs are emerging as a popular IPO alternative for businesses to reduce regulatory scrutiny and more reliably disclose valuations and revenues.

Original article published in Barron’s February 16, 2021 – Al Root and Nicolas Jasinski Investors have become convinced electric vehicles are the future of transportation. EV stocks are on fire, many...