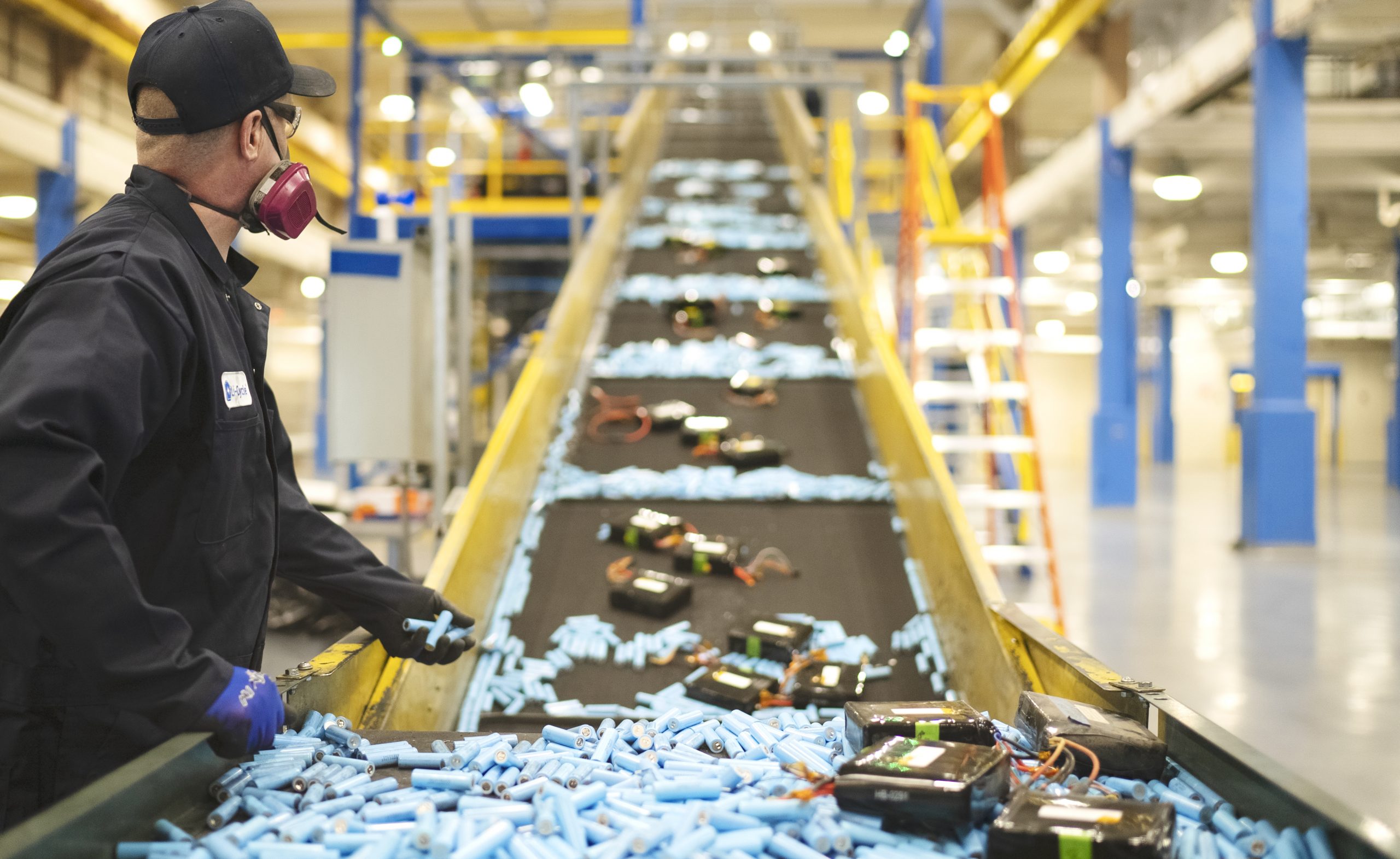 Lithium-ion battery recycler Li-Cycle has announced a wave of investments over the course of the last year as customer demand for electrification ramps up.

Since its inception in 2016, Li-Cycle Holdings Corp., a lithium-ion battery recycler headquartered in Toronto, has seen a level of growth that’s surprised even those within the company.

The rise of the electric vehicle (EV) market and the growing need for battery recycling has prompted increased funding, but the expectation was that the company would not see some of its larger investments for several more years. “It’s driven a lot by customer demand,” says co-founder Ajay Kochhar. “At the end of the day … our growth has been driven by battery manufacturing scrap.”

Li-Cycle says North America is emerging as an important region for the lithium-ion battery supply chain. As manufacturers continue to establish operations in the region, Li-Cycle says it expects that will lead to greater quantities of battery manufacturing scrap available for recycling.

The company announced approximately $150 million in investments over the last several months of 2021, including $100 million from Koch Strategic Platforms (KSP), a subsidiary of Koch Investments Group, Wichita, Kansas. The funding will support Li-Cycle’s expanding growth opportunities in North America, Europe and Asia.

“Where we have to continue to be thoughtful is just the scope and scale of how much we’re building and when and where,” Kochhar says. “We’re often in the position of trying to keep up with what the need is, and that’s very different [than customer need in the past]. I would say two years ago … our customers were not in the place where they were hitting the accelerator to build a lot of battery cell-making plants. Now it’s totally different.”

The company has developed a model for battery recycling in which it uses a system of small plants, called “spokes,” to do the initial processing. Those spokes then feed cathode and anode material into larger facilities called “hubs,” which process the material into battery-grade end products for reuse in lithium-ion battery production or other applications in the broader economy. According to Li-Cycle, the spoke and hub facilities use a combination of mechanical size reduction and hydrometallurgical resource recovery specifically designed for lithium-ion battery recycling.

“The spokes are low-footprint, mechanical processing, nonthermal preprocessing, but the way that we do it enables it to be very ambivalent to location,” Kochhar says. “You can imagine if you have a large kiln [and] you’re trying to burn off stuff, nobody wants that in their backyard. There’s been instances of that where permitting has been a big issue. In our case, we don’t do that, so we have much more flexibility to be located on-site, located proximately to battery manufacturing.”

The company has three spoke facilities under construction or in advanced development, including plants in Arizona and Alabama, which will have processing capacities of 10,000 tons annually, and a facility in Lordstown, Ohio, which will be co-located at the Ultium Cells LLC battery cell manufacturing megafactory. That location will have a 15,000-ton-per-year processing capacity. The Ohio facility is based on an agreement to process Ultium’s battery manufacturing scrap.

Li-Cycle also has a commercial hub in Rochester. In December 2021, the company announced it was expanding that plant’s processing capacity by more than 40 percent to 35,000 tons of black mass annually, or 90,000 metric tons of lithium-ion batteries. The company estimates construction on the hub will be completed by 2023 and will require a total capital investment of approximately $485 million.

Kochhar says Li-Cycle is “laser-focused” on the Rochester hub expansion, which is a direct response to customer demand. “That’s going to be a major, major producer of lithium and nickel and cobalt domestically from a recycled source, and that will come online, if you look end-to-end, way faster than any mine,” he says. “That’s the other end of this. It’s hyper strategic in terms of critical materials. These [materials] are what’s going to drive electrification, and that’s what a lot of the customers are looking to ultimately get back in their supply chains [and] then make more batteries.”

Li-Cycle announced in January it was constructing a new commercial recycling facility in southern Norway—the company’s first facility outside North America. The Norway plant—a joint venture with Morrow Batteries and Eco Stor, both based in Norway—will collect old or defective lithium-ion batteries for shredding. The facility is expected to be operational in 2023 and will have the capacity to process 10,000 tons per year, giving the company a foothold in Europe—particularly in Norway, which features one of the most mature EV markets.

“All we’re doing is following customers,” Kochhar says of Li-Cycle’s expansion strategy. “We’re not building … and hoping batteries will arrive at the doorstep. It’s following customer needs then saying, ‘OK, where should we invest capital to really serve the needs?’”

In support of this facility, Koch Engineered Solutions has been involved in most aspects of the development—a direct result of the previously announced investment from KSP.

Li-Cycle has announced plans for its next European spoke to be in Germany as it continues looking for more expansion opportunities beyond North America.

“Geographically, there’s been a shift,” Kochhar says. “We’ve seen very pronounced growth that was not seen before from LG and Ultium and others in North America and Europe. That is way more than we could’ve imagined two months ago,” he adds.

Li-Cycle also has made clear recently that it intends to seek opportunities for expansion in the Asia-Pacific region. “We have a team focus there, and it is the battery epicenter of the world—we can’t ignore that,” Kochhar says. “Our plan in our business hasn’t changed for establishing spokes and hubs. … You have to have a balanced approach of coverage globally.”

Looking to the future

Challenges lay ahead, whether it’s securing more funding or securing supply—not just for Li-Cycle but for the overall battery recycling industry—but Kochhar says the ultimate challenge will be for every part of the supply chain to scale up, including battery cell making and automotive manufacturing, as well as the battery materials and battery-grade chemicals that feed those processes.

“Where things have been traditionally short has been the investment into those components [like] better battery-grade chemicals,” Kochhar says. “People are waking up to it. I’d say our customers know it [and] they’re very focused on it, especially the ones that are very mature over their strategies. But that’s the effort.”

He adds, “Our view is that critical materials will rule the day in terms of make or break of meeting those plans, because if you don’t have access or security to supply, then no one’s going to be able to meet their EV targets for production.”

Despite the wave of new funding, he says, the recycling aspect of the battery supply chain has been “an enormous magnitude lower.”

He adds, “It’s just a matter of time, but I think the pace at which that accelerated has been pleasantly surprising.”

March 3, 2022 Original article published in The Kingston Whig – Standard A lithium-ion battery recycling company is setting up a new facility in the city’s west end. Li-Cycle, which already has...