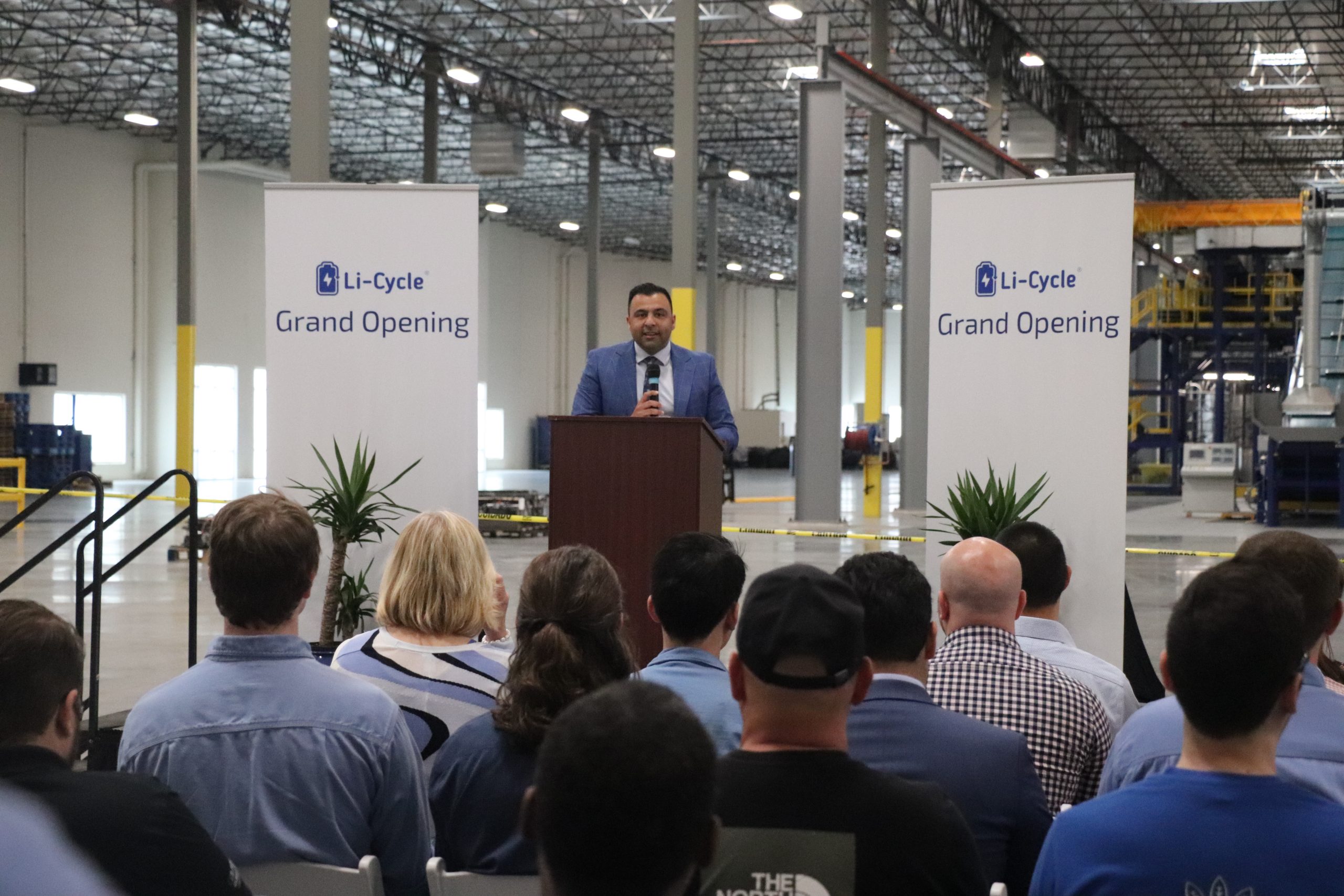 The facility in the town of Gilbert, Arizona, has the capacity to process up to 10,000 tonnes of battery manufacturing scrap and end-of-life batteries, and is the first to use Li-Cycle’s proprietary technology to directly process full EV battery packs. It will be able to recycle the packs without dismantling them manually, making it safer, more sustainable and labour-efficient, the company said.

Arizona made sense as a location because of its emergence as a key part of the US EV supply chain, as well as its proximity to California, whose large EV consumer and energy storage market should provide an increasing supply of end-of-life batteries, Li-Cycle added. The company only announced its intention to build the Arizona plant in April 2021, making it a quick turnaround for it to go into action.

The Gilbert ‘Spoke’ facility is strategically located close to Li-Cycle’s existing battery and manufacturing scrap supply network in the Southwestern US. It is part of the company’s Hub and Spoke model, with a major Hub in Rochester, New York, expected to come online in 2023.

Spoke facilities will send black mass – containing critical metals like lithium, cobalt and nickel – which will then be processed at the Rochester Hub, which will have the capacity to process 35,000 tonnes of material a year.

A fourth Spoke facility in Alabama is set to open in the third quarter of 2022.

The announcement comes just a week after natural resources giant Glencore invested US$200 million into Li-Cycle which built on a US$100 million investment by Koch Strategic Platforms a few months prior. The company has also secured an off-take and supply deal as well as a combined US$50 million investment from LG Energy Solution and LG Chem, which it closed a few days ago.

The company’s share price currently sits at US$7.60, up around 10% since before yesterday’s announcement, leaving it with a market cap of US$1.3 billion. It went public in a SPAC merger last year.

Its Arizona facility is the second major recycling facility to have started operations this week, with Northvolt and Hydro’s Hydrovolt facility in Norway also launching.

Elsewhere in the US, the country’s largest single-site battery recycling facility is under construction near EV battery gigafactories in Georgia, through startup Ascend Elements, which expects to have it up and running this August. Another US recycling and resources specialist, Redwood Materials, has said it is already receiving about 6GWh of lithium batteries for recycling each year at its facility near Tesla’s Gigafactory One in Nevada.

The site will be able to process up to 10,000 metric tons of manufacturing scrap and end-of-life batteries per year. May 17, 2022 Original article published in Recycling Today Li-Cycle...