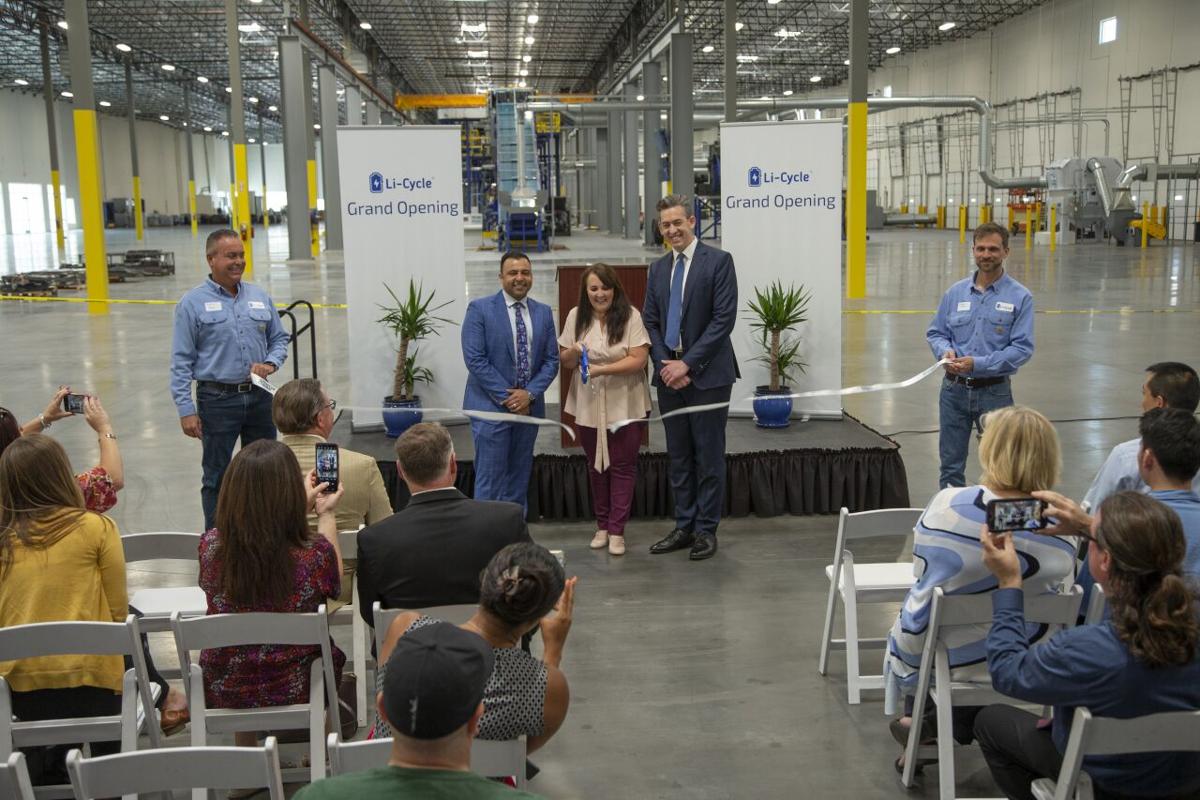 The Gilbert, Arizona facility will be able to process up to 10,000 metric tons of manufacturing scrap and end-of-life batteries per year.

The facility is LiCycle’s first located West of the Mississippi, chosen due to its proximity to California, an early adopter of energy storage projects, and thus will be the site of the first large wave of retiring storage systems. The facility is als located close to the company’s existing battery and manufacturing scrap supply network in the Southwestern United States, which Li-Cycle shares will optimize logistics and other efficiencies for recycling services.

“The launch of Li-Cycle’s innovative battery recycling facility bolsters Arizona’s already robust EV supply chain and sends a signal that Arizona is the place to be for electric batteries,” said Arizona Governor Doug Ducey. “Sustainable industries have found a home in Arizona, and few companies represent the innovation and possibilities that brings like Li-Cycle. We are proud to see Li-Cycle’s facility up and operational.”

For Li-Cycle, a ‘Spoke,’ facility is one which produces a ‘black mass’ from spent lithium-ion batteries. This material is then sent to a ‘Hub’ facility, a wet chemistry/hydrometallurgical plant that will refine battery-grade materials from ‘black mass.’ Li-Cycle’s Spoke facilities use proprietary technology that processes full EV battery packs without dismantling them manually, making recycling of those battery packs safer, sustainable and more labor efficient. The company’s long-term commercial goal is that a handful of regional Spoke plants will produce ‘black mass’ for a regional Hub plant to then refine, rather than having to ship black mass all the way across the country.

Li-Cycle’s first regional Hub plant was planned to open earlier this year in Rochester, New York, however the company announced in December 2021 that it would be expanding the input processing capacity of its Rochester, New York Hub facility due to rapidly-growing demand. The company estimates that the Hub will require a total capital investment of approximately $485 million, and will push back the facility’s targeted completion date until some time in 2023. Li-Cycle expects that the Hub will be capable of processing 35,000 tonnes of black mass annually.

Individually, the Arizona site will be able to process up to 10,000 metric tons of manufacturing scrap and end-of-life batteries per year.

Alongside the Hub, the Rochester location also houses a “spoke” facility, which was completed in December 2020. The Rochester spoke has the capacity to process up to 5,000 tons of spent lithium-ion batteries per year, which brings Li-Cycle’s total recycling capacity to 10,000 tons/year through its two North American Spokes. The company also has a Spoke facility in Kingston, Ontario.

Li-Cycle’s nextSpoke plant, currently under construction in Tuscaloosa, Alabama, which is of the same design as the Arizona Spoke, is scheduled to be operational in the third quarter of 2022. When both the Arizona and Alabama Spokes are operational, Li-Cycle will have a total processing capacity of 30,000 tons annually. By the end of 2023, the company expects to have a total of 65,000 tons of lithium-ion battery processing capacity annually, across its Spokes in North America and Europe.

In the News, Impact Stories

May 20, 2022 Li-Cycle is committed to corporate social responsibility (CSR) by ensuring positive steps are taken to improve the communities where we live and work. The COVID-19 pandemic resulted...

May 18, 2022 Original article published in Energy Storage News Lithium-ion battery recycler Li-Cycle has opened its third recycling facility, in Arizona. The facility in the town of Gilbert, Arizona,...