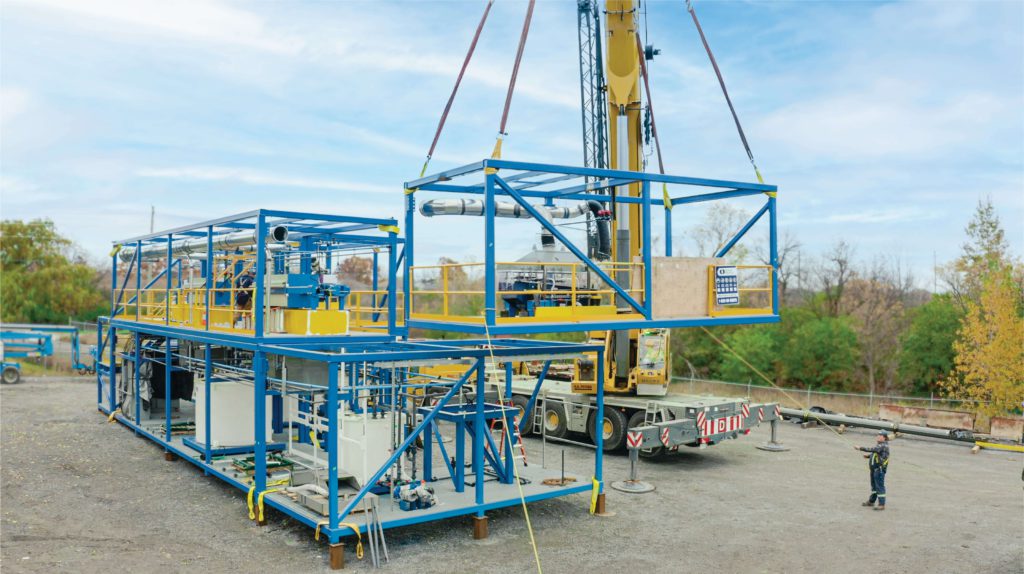 Glencore (LSE: GLEN) has inked a deal with Toronto-based Li-Cycle Holdings (NYSE: LICY) to supply the company with all types of manufacturing scrap and end-of-life lithium-ion batteries.

The company will also invest $200 million in Li-Cycle once the agreement is executed, which would give it the right to nominate its head of recycling, Kunal Sinha, on to Li-Cycle’s board. The deal is expected to close in the third quarter of 2022.

“This is a key step in establishing a strong long-term foundation for the vertical integration of the battery materials supply chain,” Sinha said in a press release. “Together, we will be expanding the spectrum of battery material supply solutions to a broader global customer base, particularly in Europe and North America.”

Li-Cycle’s CEO Ajay Kochhar said that the agreements would “further secure and diversify” the company’s lithium-ion battery supply and feedstock sources and help improve its position in North America and Europe.

The demand for lithium-ion batteries, used in electric vehicles (EV), has been on the rise, as the world looks to meet its goal of transitioning away from fossil fuels by 2050. The recycling of lithium-ion batteries, however, is not expected to take off before 2030 due to obstacles such as the lack of recyclable feedstock and the long life of EVs, according to Wood Mackenzie.

Li-Cycle follows a hub and spoke recycling strategy.  Spent batteries and scraps are processed to produce a powder-like substance called black mass, that contains metals like nickel, cobalt and lithium in its spokes and hubs are where the black mass is processed to produce critical battery materials like lithium carbonate, nickel sulphate and cobalt sulphate.

Currently, the Canadian company has two operational “spokes” in Kingston, Ontario, and Rochester, New York. It expects to add spokes in Arizona and Alabama later this year.

It is also in the process of constructing a “hub” in Rochester. According to a feasibility study completed in December, the Rochester Hub will have the nameplate input capacity to process 35,000 tonnes of black mass annually, which is equivalent to about 90,000 tonnes of lithium-ion battery feed every year. The hub will process enough battery material for about 225,000 electric vehicles per year, it says.

“The $200 million investment by Glencore… will provide us with total cash greater than our anticipated capital needs for the completion of the Rochester Hub and the five Spokes currently in development,” said Debbie Simpson, Li-Cycle’s chief financial officer.

The company says it has been working to establish regional platforms across the world to localize battery raw material supply chains within key regions in a scalable and sustainable manner.

Glencore is investing $200 million in Toronto-based Li-Cycle and gets a seat on the board May 5, 2022 Original article published in Financial Post Global commodity giant Glencore plc is...

May 5, 2022 Original article published in BNN Bloomberg Glencore Plc will take recovered battery metals from Li-Cycle Holdings Corp. as part of a long-term supply deal that gives the Canadian recycling...