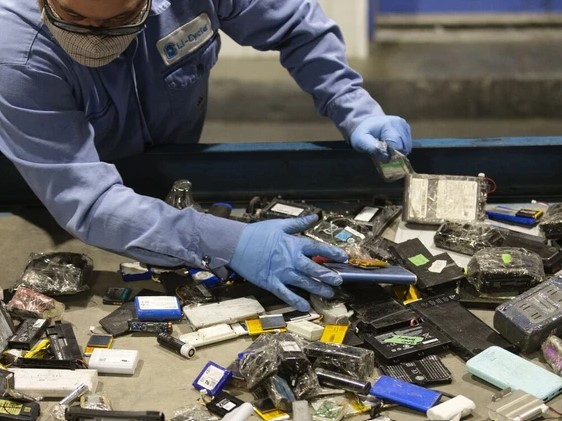 Global commodity giant Glencore plc is teaming up with a Toronto battery recycling company to boost the supply of crucial metals for the electric vehicle industry.

Under the long-term supply deal, Glencore will provide Mississauga-based Li-Cycle Holdings Corp with shredded batteries and manufacturing scrap. Li-Cycle will then supply Glencore with lithium, manganese, cobalt and nickel extracted from the waste.

Glencore is investing $200 million in the company and gets a seat on the Li-Cycle board.

Li-Cycle, founded in 2016, has a patented process to extract metals from electronic waste, such as used lithium-ion batteries and discarded earbuds.

By 2025, Li-Cycle may supply feedstock for 15 per cent of North America’s projected battery manufacturing capacity, according to estimates by analysts at Cowen Inc., an investment bank.

May 5, 2022 Original article published in BNN Bloomberg Glencore Plc will take recovered battery metals from Li-Cycle Holdings Corp. as part of a long-term supply deal that gives the Canadian recycling...