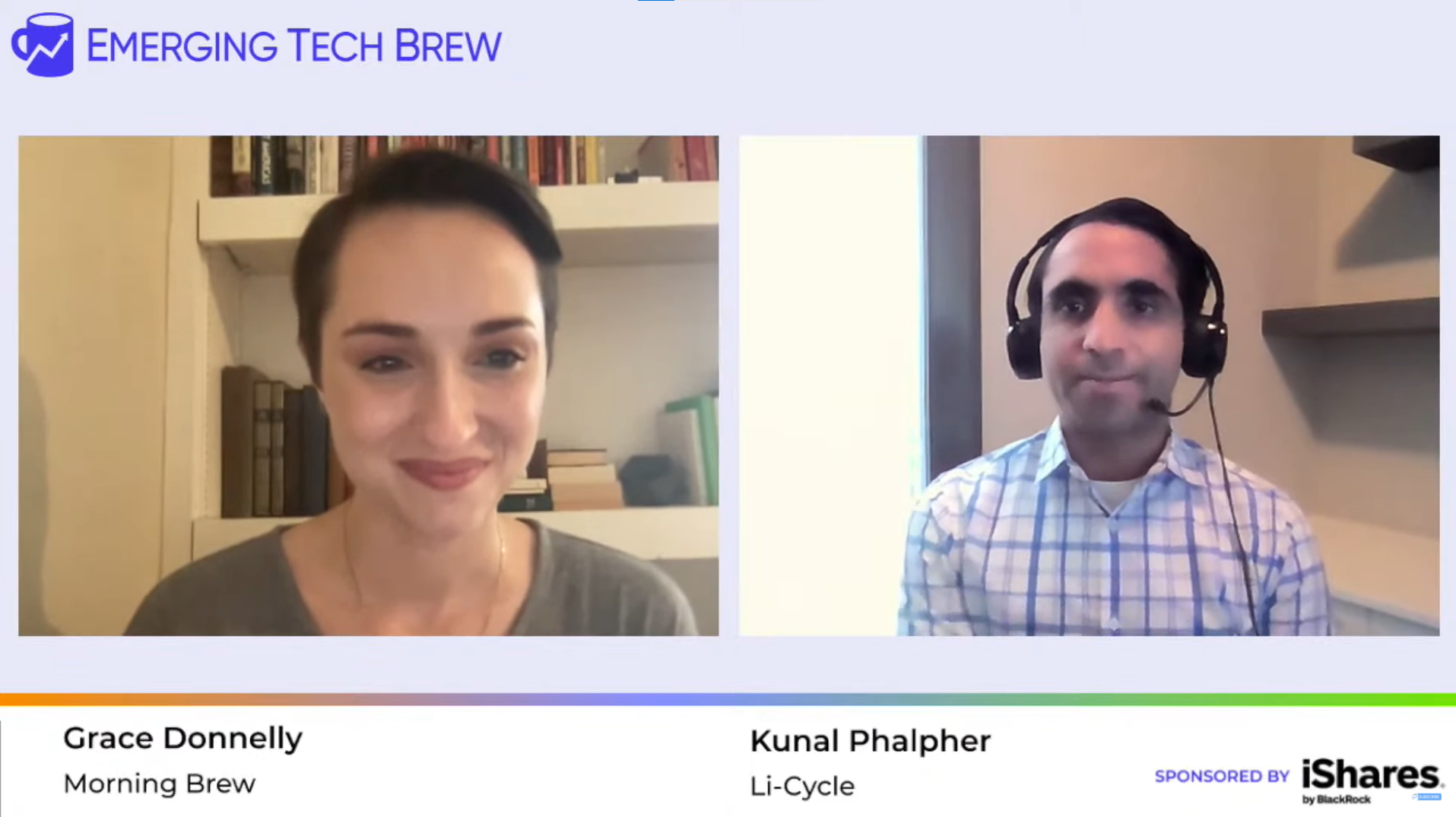 There are few technologies more important to our collective future than batteries, and no, we don’t mean the Energizer Bunny-endorsed kind. Without scaled-up battery manufacturing, a transition to an electrified, renewable-based economy will be next to impossible.

As battery production goes into overdrive and more electric vehicles hit the road, a big question will become more and more pressing: How do we reuse and recycle EV batteries?

You can watch the full replay below, or read on for a written recap.

For newer, still-under-warranty EVs, Phalpher said the recycling process can be pretty straightforward: If your EV’s battery is on the fritz, and your car is under warranty, automakers will replace your battery with a new one and recover the defunct battery. Once they do this, they typically hand the battery off to a recycling partner—e.g. Li-Cycle, or Redwood Materials, which has a partnership with Ford—for processing, or re-use the batteries when possible.

But, but, but…Things will become much more complicated in the future, once more EV warranties expire.

Phalpher said that recycling waste from battery-production centers is a key market for Li-Cycle over the next three to five years, as they wait for EV adoption to scale up.

“As you produce battery cells, you definitely have material that comes out of the process that can’t be put into a battery—there’s just scrap material, out-of-specification material, lower-quality material, but it still contains a lot of valuable nickel, cobalt, and lithium,” he said. “And so, the best use case for that material, which can be thousands of tons from one of these sites, is how do you bring those materials and metals back into the supply chain—and that’s where the recycling piece comes in.”

To process batteries, Li-Cycle uses what it calls a “spoke and hub” process. A spoke is where used batteries are broken down and separated into different “material streams,” Phalpher said, and a hub is where some of that material—called “black mass”—is refined into battery-grade lithium, cobalt, and nickel.

The thinking behind the model: Localized spokes can minimize the time (and cost) spent transporting heavy, potentially volatile old batteries, Phalpher said, while refinement is a process that benefits from economies of scale.

Through this process, Li-Cycle claims it’s able to recover ~95% of the lithium, nickel, and cobalt from the used battery. It also creates other, tertiary products, like plastic, copper, aluminum, graphite, and manganese. A recent peer-reviewed study found that lithium-ion batteries made with recycled materials are comparable to those created with newly-mined material.

Ultimately, Phalpher said the goal is to help automakers establish a more localized battery supply chain. The current battery-manufacturing process can be hyper-complex and can easily span four or five continents—from sourcing and refining materials to actually assembling the batteries.

Li-Cycle is aiming to build 100,000 tons of annual shredding capacity across its spoke sites by 2025, Phalpher said, enough to build batteries for ~200,000 EVs. Right now, its capacity is approaching 55,000 tons. He said building capacity by the end of the decade is crucial because that’s when a lot more EVs will reach the end of their lives in Europe and in North America—and demand for recycling should boom.

The Green-Cycle Podcast Releases Episode #11: Li-Cycle and The Shore Foundation: Partners for the Greater Good

The Green-Cycle Podcast Releases Episode #11: Li-Cycle and The Shore Foundation: Partners for the Greater Good

February 28, 2022 As businesses across all industries throughout the world continue to evolve, a constant theme remains: the importance of supporting and strengthening the communities they operate in. This...

February 14, 2022 Original broadcast coverage from CTV Your Morning Ajay Kochhar, Li-Cycle co-founder and CEO, talks about the environmental costs of lithium-ion batteries, a key part of our fossil...