The Future of Electric Vehicle Batteries – Recycle, Reuse or Redesign? A Special Report 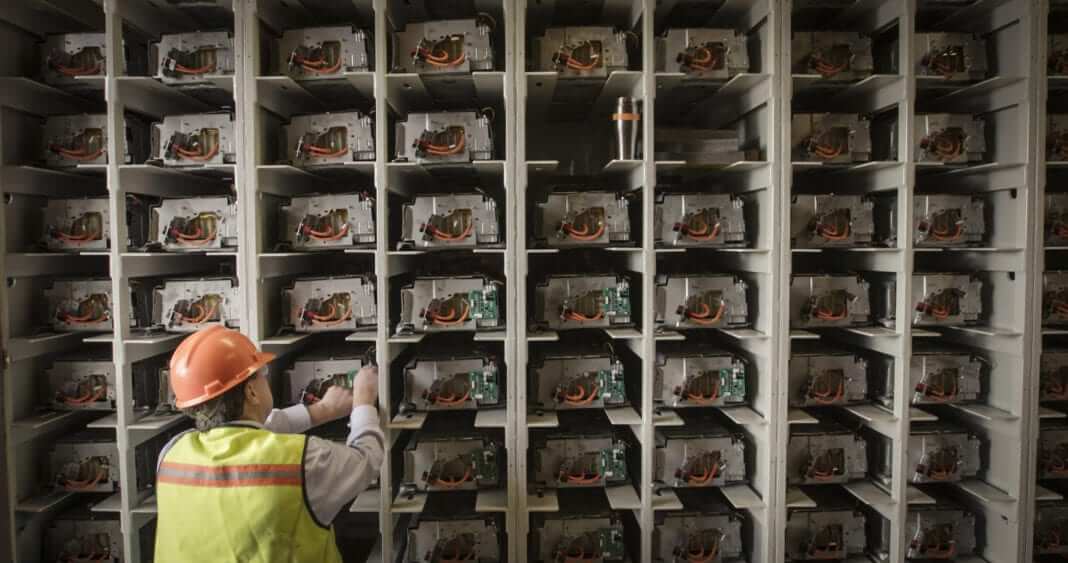 When electric vehicles take to the roads in massive numbers, many questions need to be answered. What will eventually happen to the batteries and components? Should they be recycled or reused? Is there a way to do it sustainably?

Can Lithium-Ion Batteries Be Recycled Sustainably?

“We’ve developed a spoke and hub process. The spoke is the mechanical process that can be decentralized to process the batteries. The hub is the centralized refinery to refine the intermediary product from the spokes into battery-grade materials,” says Phalpher.

The new Li-Cycle spoke in Rochester New York will be commercialized in 2022 and will be a major source of cobalt, nickel, lithium. Li-Cycle’s ‘Spoke & Hub’ technologies minimise the overall environmental footprint of the process and substantially reduce the intensity of GHG emissions that would be produced from mining. What Are the Opportunities and Challenges in Lithium-Ion Recycling?

The U.S. Department of Energy (DOE) is working through the ReCell Center researching advanced processing technologies to economically recover as much material s possible for end-of-life batteries.

“We are at the point where we are recognizing a lot of the challenges of recycling but also a lot of the opportunities,” says Samm Gillard, Technical Project Manager for the U.S. Department of Energy’s (DOE) Vehicle Technologies Office (VTO).

The DOE is offering a recycling prize for innovative logistics, sorting and handling to decrease transportation cost logistics for recyclers.

Recycling rates for lithium-ion batteries are low – which could be due to the costs of logistics and the value of the materials that can be recovered.

“If you put a pound of gold in lithium-ion battery pack – you wouldn’t have a recycling problem,” says Gillard.

For some batteries, there is material value. There are ways to recover copper, aluminium foils and lithium but do not have the higher value of nickel and cobalt, notes Phalpher. He notes that in the last two or three years the capacity growing for recycling. There is also a drive for EV makers to make a closed-loop to help secure supplies of critical materials from a backend of process.

There is a general push for a closed-loop and to have production localised in North America. Just like other parts of the value chain in the automotive space. How Should EV Battery Design Change in the Future?

The first purpose of the ReCell Center was to design recycling. Now it is expanding to design sustainability, such as how to weld, and what adhesives are bad for a recycling process says, Gillard.

Gillard says that the designs from major OEMs are easier for recycling and repairability such as being able to repair a defective module. ReCell is researching how to design a battery pack for recycling without performance loss.

“Design the packs to be reusable from the get-go,” suggests Kincaide, “Currently recyclers have to have to pull modules out, re-configure and then get them re-certified. It would be wonderful if the industry was thinking that they can take the same physical pack pull it out and be UL certified for its next life as a stationary storage system. All you have to do is plug it in and use it. That would be ideal. There would be a lot of value in making the reuse easier.”

One of the major problem with recycling is logistics.

“We were finally able to work with a rail company for logistics which is 30% cost of trucking,” says Kincaide. He also tried getting marine shippers to ship batteries who refused. He says that there is fear and misunderstanding with the shippers and the company is looking into ways of packing batteries to make them safer

To increase the growth of recycling the biggest issue is logistics that cost can be 50, 60 even 80% of the cost to the customer says Phalpher. Li-Cycle is planning facility on the U.S. west coast to help drive down logistics cost is by localizing recycling closer to where batteries are. Li-Cycle plans on scaling up in 2025-2030 to bring batteries back to market.

We’re working on a solution to get data that nobody else can get out of the battery health.

The company reduced a 5-hour test to several minutes that works like plugging in a charger using impedance testing.

ReJoule gives the state of the health of the battery. Currently, there is no solution for picking out what to do and how to address ageing, middle-aged and end of life of batteries for electric vehicles says, Chung.

“We’re working on a solution to get data that nobody else can get out of the battery health. The solution can tell the degradation, the remaining life, the remaining power and if there is no available option or application that can reuse the batteries,” says Chung.

More than likely the EV batteries can be used for stationary storage because most are below the power or the range needed for a vehicle but then they can be repurposed and often for up for to ten years.

ReJoule is testing batteries for the Ford Motor Company. Recovered batteries will be used to power a downtown Los Angeles’ artist’s studio as well as for a training and housing centre for people without homes.

“We’re hoping to get the OEMs to sign on for this type of testing method as a standard for testing the health of batteries,” says Chung. It’s important to test the batteries locally because they can weigh thousands of pounds and cannot be transported easily. Could New Kinds of Batteries Be Easier to Recycle?

Another way to make recycling easier could be to change the design of the battery cells. For example, the metallic lithium solid-state batteries coming from QuantumScape are made with a cathode and a solid-state ceramic separator, but no manufactured anode. Co-founder of Tesla and CEO of Redwood Materials, J.B. Strauble, who serves on the board of QuantumScape stated during a Zoom conference: “The least recyclable parts of modern lithium batteries are the separator and the anode material. Those two things are eliminated in the QuantumScape cells.”

“It may be easier to recycle the valuable critical elements from QuantumScape cells in the future. The nickel and cobalt will be easily recyclable,” he added.

What is the Supply and Demand for EV Battery Recycling in the Future?

While plans are in the works to fully charge the vehicle market with electric vehicles, 2020 was slower than expected.

The two minerals that are in serious oversupply are lithium and cobalt, says Michael Sanders, Senior Advisor, Avicenne Energy US.

The oversupply is for two reasons excess new capacity being brought on before significant demand occurred and the slowdown from Covid-19 reducing 2020 growth to only 2-4% vs original forecast of around 20%. This oversupply situation is expected to be absorbed by 2022 or maybe 2023.

“Our current forecasts for the major components are for them to recover from an oversupply situation in the near term with reduced pricing and then stabilize for the next few years as growth in electric vehicles occurs. There is likely to be some supply chain challenges during the next 5 years as forecasting, supply/demand planning and capital projects come online in multiple materials and regions,” says Sanders.

Sanders predicts that recycling of higher nickel and cobalt cathode batteries are likely to be profitable when done at full commercial scale. However, the big unknowns for the U.S. and EU are establishing an efficient collection, handling and dismantling system when needed in 3-5 years.

The Race To Crack Battery Recycling—Before It’s Too Late

The Race To Crack Battery Recycling—Before It’s Too Late

Original article published in WIRED November 30, 2020 – Daniel Oberhaus Millions of EVs will soon hit the road, but the world isn’t ready for their old batteries. A crop...

Original article published in Toronto Global November 24, 2020 – Salman Khan & Michael Keoshkerian EV Sector is Red Hot Ontario is the only place in North America that is...