Recycling and re-purposing batteries are key to going green 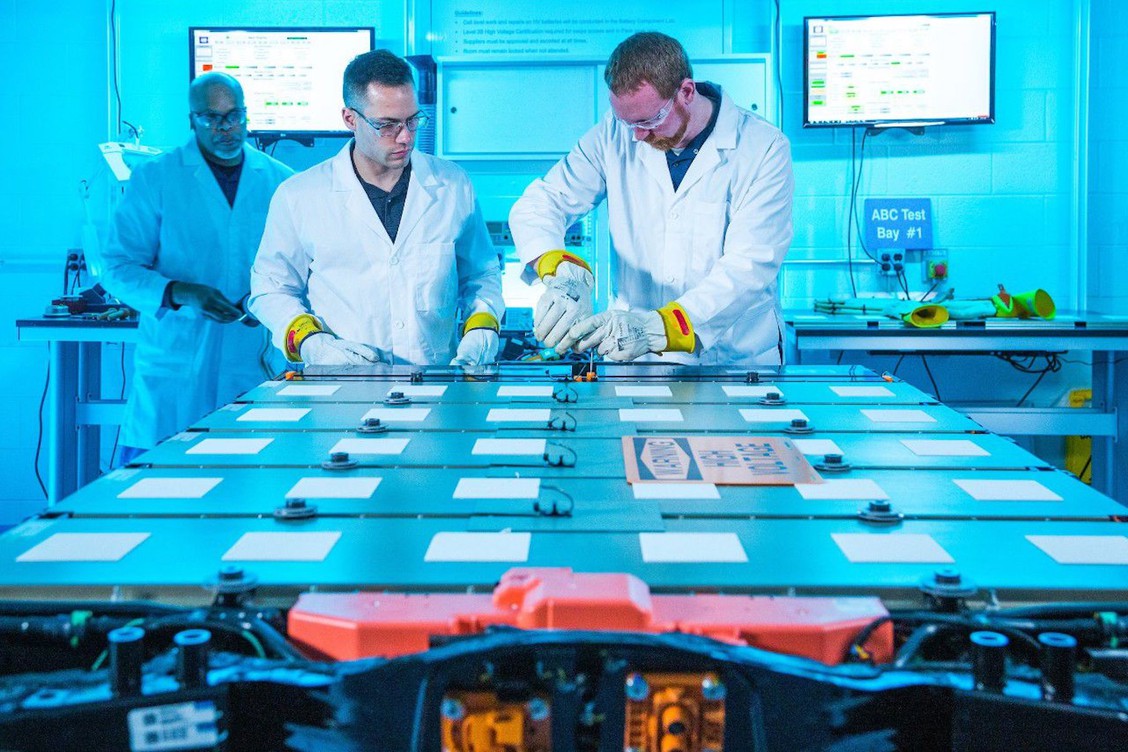 Electric vehicles are only half of the solution, what we do with batteries is the next big challenge

The feeling of a cool new gadget or computer wears off pretty quickly whenever you start to notice diminishing performance and degrading battery life. But you can easily replace or repair an old gadget. That task is far more difficult when it’s an expensive electric vehicle. As much hope as there is for electric vehicles to help reduce the impact of climate change, equally important is how we create and dispose of batteries. Mining and attaining the cobalt, carbon, and lithium required to make EV batteries have environmental and social impacts. For example, extracting lithium from beneath the Atacama Desert in Chile requires a lot of water, impacting the communities and ecosystem in the area.

To get cobalt for batteries, some turn to the mining operations in the Democratic Republic of the Congo, which has a spotty track record regarding human rights. There are reports of child labour, fatal accidents, and violent clashes between miners and security personnel of large mining firms. And don’t forget about the increasing emissions of the mining hardware and vehicles in the growing demand for batteries.

One significant element to discuss, especially in older products, is that they still have all those important and hard-to-find materials — even if their charge capacity or usefulness is diminished. As a battery gets older, the ability for lithium-ion to move and generate electricity is what deteriorates, not the materials within them. That means the batteries themselves are ripe for recycling.

Instead of tossing batteries in the garbage or landfill, where they can interact with other volatile materials and potentially catch fire, companies are finding ways to recycle lithium-ion batteries.

Not all recycling processes are the same. Smelting with high heat requires a lot of energy and can burn off-key materials like lithium. One Canadian-based company has a far more efficient and productive solution.

Li-Cycle has a two-stage system (known as the Spoke and Hub) to recycle any lithium-ion battery, regardless of its past life. The process recovers over 95 per cent of all critical materials, with the output going back into battery production and closing the loop on this supply chain.

An old battery enters the Spoke part of the process and gets shredded, separating the materials of the battery. The process creates what’s known as a “black mass” of battery materials, which includes lithium, nickel, and cobalt as well as graphite, copper, and aluminum. Separate from this, the process also outputs copper, aluminum, gold, and silver — all of which can be used again in several industries and applications.

The next step of Li-Cycle’s process involves the Hub, where that black mass of battery materials is processed to separate all the battery-making materials. As a result of a hydrometallurgical circuit, Li-Cycle can get several metal carbonates and sulphates — including lithium, cobalt, nickel, and manganese — with enough purity to be used again in producing batteries or other items.

Li-Cycle has facilities in Kingston, Ontario and Rochester, New York with additional plans for units in Gilbert, Arizona.

As a result, batteries and devices that are thrown out and deemed useless now get a chance at a second life, limiting the impact of mining operations around the world. The plan has even received interest from automakers. General Motors will send up to 100 per cent of the scrap from its Lordstown, Ohio Ultium battery manufacturing plant to Li-Cycle, which will allow them to fulfill a zero-waste initiative and recover useful waste.

Beyond the commitment with Li-Cycle, GM is making its recycling efforts clear with a new website dedicated to providing information about recycling electric vehicle batteries. Designed for “vehicle dismantlers who recycle automobiles at the end of their useful life,” the site details how to safely disable and remove a battery pack from a hybrid or electric vehicle. It also shares how to store such items and where to ship them for recycling. Thanks to these recycling programs, GM can repair hybrids and electric vehicles with refurbished batteries by recycling units received from customers through warranty claims, trade-ins, or leases.

But recycling isn’t the only way to reduce the environmental impact of EV batteries. Some companies are giving used batteries a new life in the form of energy storage. Back in 2010, Nissan partnered with Sumitomo Corp. to set up 4R Energy Corp. The goal here is to refabricate, recycle, resell, and reuse Nissan EV batteries to power other things.

Whenever a used Nissan EV battery arrives at the 4R Energy Corp, it is assessed and rated with a grade of A, B or C. Components given the A grade are described as being as good as new and can be used in another electric vehicle or battery pack.

Those given a B grade are given a second life in industrial vehicles like forklifts or large capacity stationary energy storage. For example, these storage systems can be used in a home or commercial facility, capturing extra electricity generated during the daytime by solar panels, and providing that energy to the building at night. This setup is used to capture energy from a solar farm in Yumeshima, Japan, storing the electricity in 16 lithium-ion EV batteries to help the area cope with energy fluctuations. 4R Energy’s developing a battery management system that integrates solar energy, local battery storage, and an EV’s battery, creating an all-in-one solution.

You may have heard how the Nissan LEAF or new Ford F-150 Lightning EV can power a house during an emergency. With used EV batteries, buildings can keep the lights on through an outage — no new car is needed. Even batteries with a C grade are used in units that supply backup power when the electric grid fails. 4R Energy Corp suggests them for grocery stores which must have their refrigerators and lights running even during a power outage.

Nissan and its partners aren’t the only ones looking into giving EV batteries a second life. Stellantis, BMW, and Daimler have all invested into these solutions, helping to improve the electrical infrastructure in a given city or facility.

Many automakers and governments are committing to an all-electric future, but the real challenge behind all of it is how they plan to keep the supply chain green too. Recycling batteries and re-purposing EV batteries will go a long way to keeping things cleaner and cheaper.

Li-Cycle Welcomes Lithium Industry Veterans to Board of Advisors

Li-Cycle Welcomes Lithium Industry Veterans to Board of Advisors

August 10, 2021 Original article published in Business Facilities “Sustainability is profitability.” This was the message to corporate site selectors and economic developers at a recent national conference. The race...