Li-Cycle to recycle batteries for Helbiz 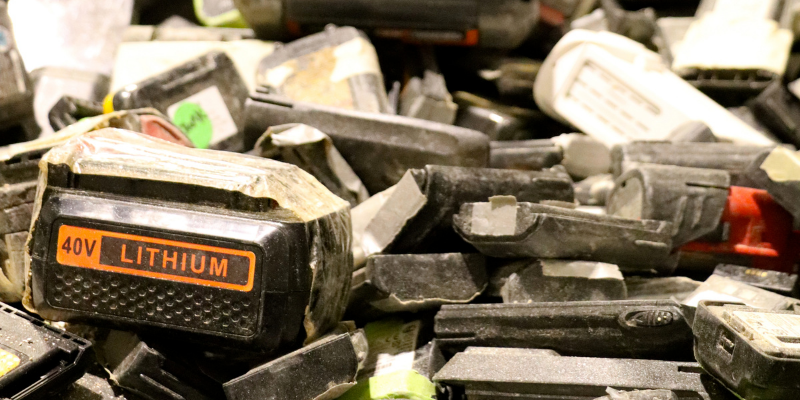 The Canadian recycling company Li-Cycle and the Italian-American micromobility provider Helbiz announce their intention to jointly develop recycling solutions for spent lithium-ion batteries from e-scooters and e-bikes. The collaboration is expected to result in a recycling cooperation.

In the coming months, Li-Cycle is expected to recycle 500 lithium-ion batteries from Helbiz electric bikes and scooters as part of the partnership that has now been launched, with the volume set to increase by 2022. A technology patented by Li-Cycles will be used. More on this below. As recently as May, Li-Cycle had also entered into a recycling partnership with Ultium Cells, the battery cell joint venture between General Motors and LG Energy Solution.

“We believe Li-Cycle and Helbiz are ideal partners as we are two innovative companies working toward the same vision for a sustainable electric mobility sector,” expressed Kunal Phalpher, Chief Commercial Officer of Li-Cycle. “This partnership represents a critical first step for our collaboration as we seek to create a closed lithium-ion battery recycling loop on a global scale. Together, we intend to recover valuable materials from old scooters and e-bikes to be reused in new ones in cities around the world via a truly sustainable, fit-for-purpose pathway.”

Both Li-Cycle and Helbiz are looking to raise capital on the stock market for their growing businesses. Both are seeking Wall Street in the United States through so-called SPACs. Li-Cycle announced a merger with Peridot Acquisition, a shell company, back in February for this purpose. The merger is expected to be completed in the third quarter of 2021.

In 2022, the Canadian recycling specialist then plans to complete a large battery recycling plant in Rochester, New York State, with an annual capacity sufficient to manage the recycling of materials from approximately 120,000 electric car battery packs. The company announced in September 2020 that it would invest over US$175 million in the facility. The company announced another plant for Arizona in April. Specifically, Li-Cycle plans to refine battery-grade materials from components of spent batteries at the plants. The focus is primarily on cobalt, nickel and lithium.

Li-Cycle describes its recycling approach as a two-stage process using mechanical and hydrometallurgical or wet-chemical methods. With this approach, one is able to recycle all variants of cathode and anode chemistry within the lithium-ion spectrum without the need for sorting by specific chemicals, the Canadian company said in an earlier announcement.

In addition to batteries from electric cars, Li-Cycle also wants to process batteries from other types of vehicles when recycling. These now include batteries from micromobility applications, as described here, but also energy storage units from commercial vehicles. To gain experience in the latter field, the Canadian company had completed a pilot project with New Flyer earlier this year.

July 14, 2021 Original article published in Benzinga A battery recovery company and global leader in micro-mobility are teaming up to launch a partnership bringing two companies going public together...