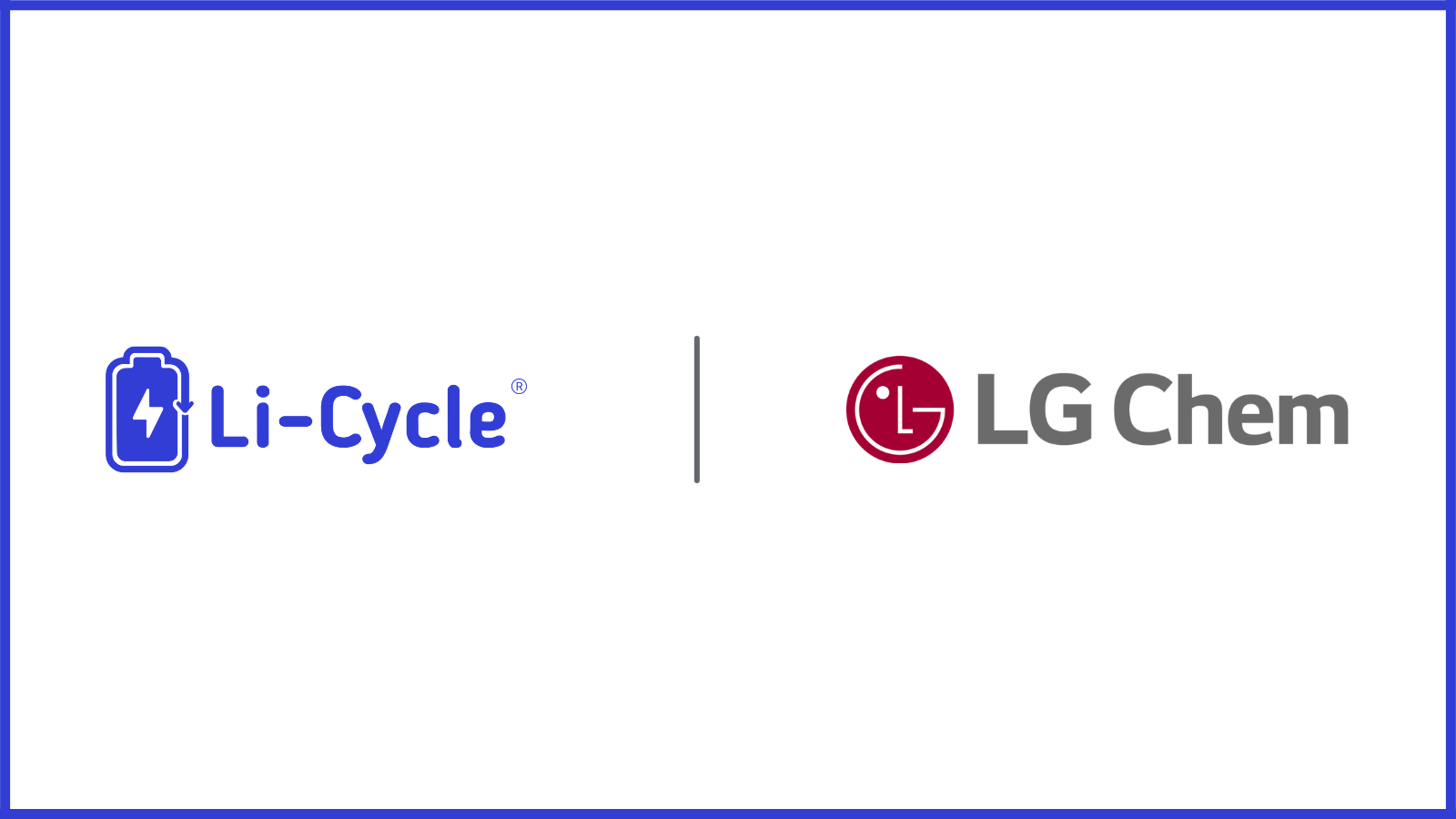 To meet increasing market demand, lithium-ion battery resource recovery specialists Li-Cycle has announced plans to increase the processing capacity of an upcoming New York facility by 40%. In addition to expanding its US battery recycling footprint, Li-Cycle has also entered into a letter of intent with LG to create a closed-loop battery ecosystem.

Currently, Li-Cycle operates a series of battery recycling centers in the US called “Spoke” facilities. Li-Cycle’s planned “Hub” in Rochester, NY will take in much of the material gathered from the Spoke facilities and recycle those materials for other companies to reuse.

Several automakers have announced recent plans for large EV battery manufacturing footprints in the states, including GM and Arrival. Li-Cycle plans to recycle scrap from US battery operations to help manufacturers create circular ecosystems that rely less on mining materials.

Given the expansion of EV battery manufacturing in the United States, Li-Cycle has decided to proportionately expand its upcoming Hub as well. With an intent of funding from LG, Li-Cycle appears to have found a major battery business partner as well.

Li-Cycle to expand US battery recycling and provide LG materials

Li-Cycle announced its expanded construction and collaboration with LG in a slew of press releases today, outlining the company’s US battery recycling plans over the next decade and beyond. Here are the details of the Hub expansion set to begin construction later this month: In view of rapidly growing demand for lithium-ion battery recycling, Li-Cycle will increase the input processing capacity of the Hub by over 40%, from 25,000 tons to 35,000 tons of ‘black mass’ annually (equivalent to approximately 90,000 tons of lithium-ion battery equivalent feed annually). With its increased capacity, the Hub will be able to process battery material that is equivalent to approximately 225,000 electric vehicles per year.

Li-Cycle expects construction to be complete in 2023, and the processing expansion to cost $485 million, of which the company claims can already be funded from its current balance sheet cash. Although, Li-Cycle is still looking at other capital opportunities to optimize its recycling business. One of which being with battery behemoth LG.

According to the release, Li-Cycle has entered into a non-binding letter of intent with both LG Chem (LGC) and LG Energy Solution (LGES). As part of the proposed collaboration, Li-Cycle will recycle nickel-rich battery scrap and other lithium-ion battery materials in the US to create a closed-loop ecosystem with LGES.

Furthermore, Li-Cycle will supply both LGES and LGC with 20,000 tons of nickel processed through its Rochester Hub over the course of ten years, beginning in 2023. In exchange for these precious materials, LGC and LGES will combine for a $50 million equity investment in Li-Cycle, upon completion of the commercial agreements by March, 2022.

Li-Cycle’s President, CEO, and co-founder Ajay Kochhar spoke about the company’s expansion and domestic battery supply potential: We believe the upsizing of our commercial Hub facility is timely, to capture growth from heightened demand with the mainstreaming of electrification in North America driving significant new battery megafactory deployments. Even with the increased capital investment, we expect the Hub project to deliver highly accretive returns. This is an exciting time for Li-Cycle as we advance the strategic execution on our integrated Spoke & Hub network and enable critical commercial solutions to the growing needs for domestic supply of battery materials in North America.

Li-Cycle to Increase Hub Facility’s Input Processing Capacity by Over 40%, to Meet Increasing Market Demand Li-Cycle and LG Enter into non-binding Letter of Intent for “Closed-Loop” Commercial Agreements to...