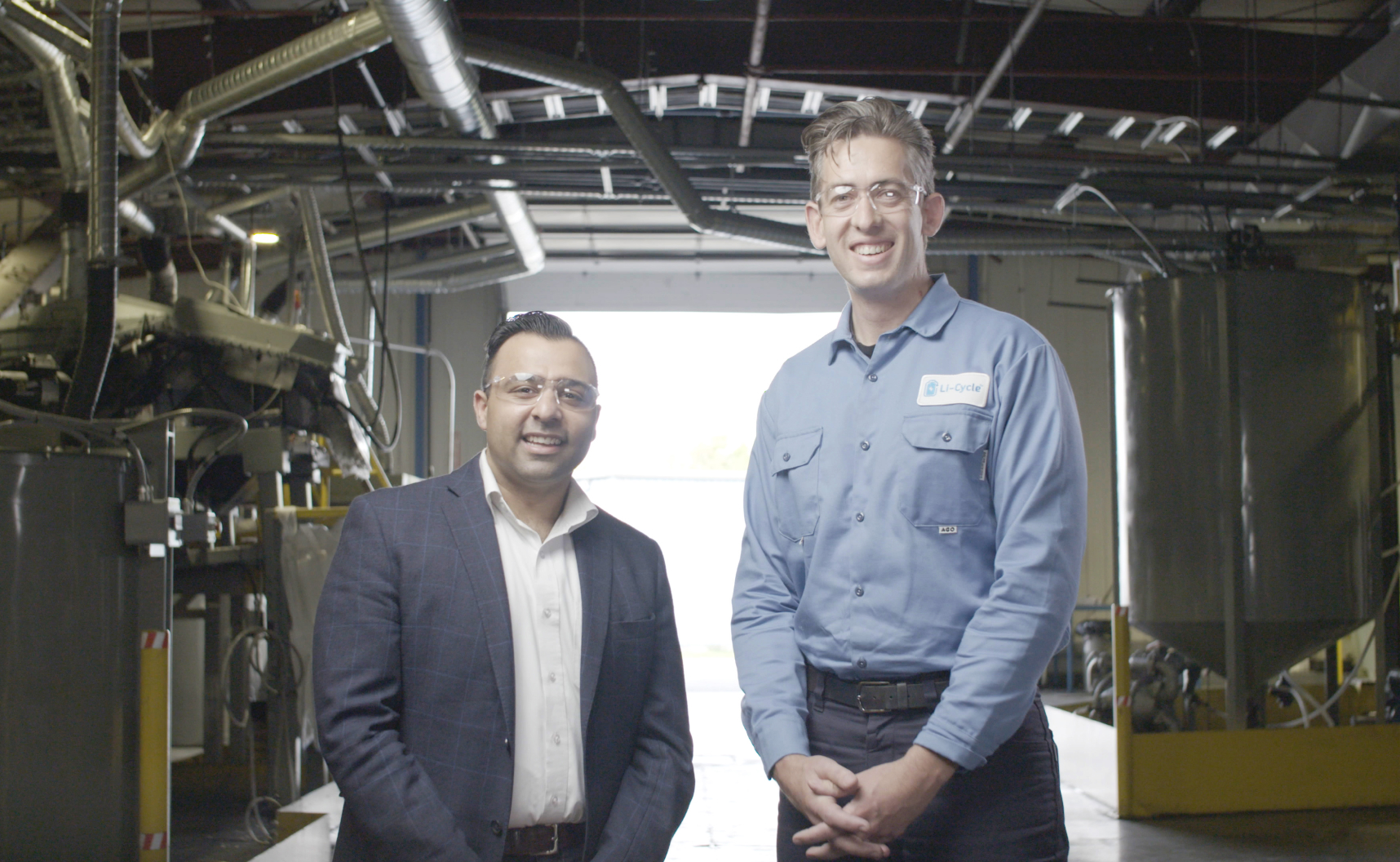 Ajay Kochhar, co-founder and chief executive of Mississauga-based Li-Cycle Corp. sometimes refers to his company as akin to an urban miner — a subtle hint at how excitement around the electric vehicle industry is reshaping global industry.

His business involves shredding lithium-ion batteries, and separating out the metals inside — mainly lithium, cobalt, nickel and manganese — so they can be recycled for use in future electric vehicle or smartphone batteries.

On Tuesday, Li-Cycle announced a deal to combine with Peridot Acquisition Corp., a special purpose acquisition company or SPAC, which raised US$300 million in an initial public offering on the New York Stock Exchange in September. Although subject to regulatory and shareholder approval, if approved, the deal would allow Li-Cycle Holdings Corp. to takeover the NYSE listing, and bring its total recent fundraising to US$615 million.

Recycling batteries, for example, is nothing new, with an estimated 465,000 tonnes of feedstock produced every year for that purpose, according to Li-Cycle. But the company has generated excitement around claims that it has devised a new more efficient method that emits far less carbon dioxide than competitors, and produces zero wastewater.

“A lot of the groups before us have basically burned off what (metals) they don’t want,” said Kochhar.

By contrast, Li-Cycle says its uses a non-thermal process that can recover 95 per cent of the metals whereas competitors, which use heat, recover less than half the metals. Also, it says it releases roughly 1.8 tonnes of greenhouse gas emissions for every tonne of battery produced, compared to 6.8 tonnes to mine and refine the same battery metals.

In an investor presentation, the company projects revenues will hit US$985 million in 2025, representing an 82 per cent compounded annual growth rate.

Kochhar said he and Tim Johnston founded the company in 2016, after both both worked at the Mississauga-based engineering consulting firm Hatch Ltd., helping mining companies build hydrometallurgical plants to produce lithium and cobalt.

“Basically we kept getting asked, ‘what’s going on? When are we going to see more recycling?’” said Kochhar. “People burning things just didn’t make a lot of sense, especially because you lose lithium when you do it that way, so we said ‘OK, we’re going to leave and start this company’.”

But timing is everything and in 2016, electric vehicle sales were even smaller than today. Kochhar says some investors question whether there’s enough feedstock for the company to recycle, given that few electric vehicles have reached the end of their life.

“A lot of people say this industry is ten years out, because lithium-ion batteries are just now proliferating,” said Kochhar. “What that misses is battery manufacturing scrap.”

Essentially, the rejects and leftover material from battery manufacturing facilities account for 68 per cent of his company’s feedstock, he said, adding it’s expected to roughly triple to 1.3 million tonnes by 2025.

That explosive growth speaks to growing momentum of the electric vehicle market, especially in the past year. Earlier this month, Citigroup analysts released a report that found electric vehicle sales in Europe shot up from less than 50,000 in January 2019 to roughly 250,000 in December 2020.

While sales in both markets were juiced by government incentives, including “generous” ones in Europe, the report notes that electric vehicles cut against “the prevailing zeitgeist” over the last decade in which automakers have profited by selling “larger and more powerful” vehicles.

“With consumer and auto OEM demand for (battery-powered electric vehicles) reliant on incentives, the development of the industry is reliant upon the supply chain to find cost efficiencies and technological improvements,” the report states. “This in theory means battery cell suppliers and chemical companies should generate higher returns” than the automakers.

In other words, there is rising investor sentiment towards companies such as Li-Cycle that are producing innovative ways to reshape the supply chain. Its competitors include Redwood Material Inc., a Nevada-based company founded by a former Tesla Inc. executive, which counts Amazon.com Inc. as an investor, and also other companies.

In Canada, the excitement around battery recycling has drawn in Toronto-based First Cobalt Corp., which has been working on plans to open a cobalt refinery in Ontario. On Wednesday, it said it would commission a study on whether it makes sense to also open a secondary line of business recycling batteries.

Trent Mell, chief executive of the company, said the idea was spurred in part by the fact that his existing facilities are hooked up to clean hydroelectric power, rather than natural gas, or even coal power, providing a potential competitive advantage over other recyclers.

Automakers, he said, “have to measure their environmental footprint all the way up the chain.”

Still, his company remains behind a company such as Li-Cycle, which has spent the past few years developing and patenting its recycling method, and also striking contracts with about 40 customers including 14 automakers and battery makers. It currently operates two facilities that shred 5,000 tonnes of battery material per year, located in Kingston, Ont., and in Rochester, New York.

Li-Cycle plans to operate 20 such centers by 2025, and also to open a ‘hub’ facility in Rochester that can further break down 60,000 equivalent tonnes of shredded battery material into its constituent metals.

The company already has an offtake agreement for cobalt and nickel with the global metal trader Traxys S.A., an important validation of their technology.

Kochhar acknowledged that demand for the battery metals in electric vehicles is likely to be “chunky,” with supply deficits followed by periods of oversupply.

But his dream is that in a few decades, the number of electric vehicles on the road that have reached the end of their life will provide enough feedstock for recycling operations that the need to mine new lithium, cobalt and other metals will start to taper off.

“With this whole supply chain changing like it’s never been done before, we have to think of things we’ve never done before,” he said, adding it’s a lot more efficient to get these materials from “above the ground.”