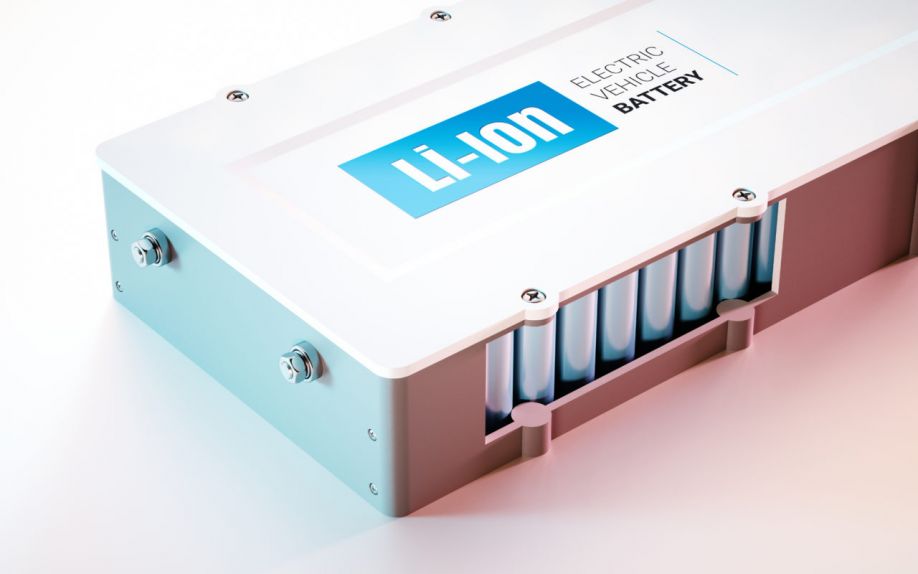 The Rochester region plays a key role in Li-Cycle Corp.’s goal of reducing the cost of batteries and electric vehicles, a move that will, in turn, enable the mass adoption of electrified transport, company leaders said.

“There is a long history in Rochester of pro­cessing and manufacturing, and we wanted to draw from that talent in the region,” said Tim Johnston, executive chairman and co-founder of Li-Cycle. “Rochester is a very important cen­ter for our company.”

The company plans two facilities at the site.

The first is a spoke facility that produces black mass from spent lithium-ion batteries. Black mass is an electrode mixture containing lithium, nickel cobalt and other critical materi­als. The spoke facility started operations in late 2020 and has some 20 employees. There are plans to add an additional 20 workers, John­ston said.

The spoke facility – which is estimated to process up to 5,000 tons of lithium-ion batter­ies per year – will then supply the black mass to Li-Cycle’s future hub facility, currently in last stage development at Eastman Business Park.

The hub will process the black mass in order to produce battery-grade materials from recy­cled sources, as well as other recycled materi­als that can be returned to the economy, John­ston explained.

Construction on the hub facility is expected to begin later this year, with the site being oper­ational in early 2023, he said. The hub facili­ty will employ some 120 full-time employees, as well as create over 600 construction jobs during buildout.

The hub is a wet chemistry/hydrometallurgical facility that will have the capability of process­ing material from an equivalent of 60,000 met­ric tons of spent lithium-ion batteries, rough­ly equating to 120,000 electric vehicle battery packs.

Once fully operational, the hub will be a ma­jor producer of battery-grade materials in North America, specifically cobalt, nickel and lithium, he noted.

In addition to its experienced workforce in the region, the company selected Eastman Busi­ness Park as the site for its operations due to the nature of infrastructure available, including utilities, logistics and other physical infrastruc­ture, Johnston said.

Rochester is the best location for the compa­ny to provide services to its growing client base to the South and Midwest, and is in close prox­imity to its corporate headquarters, he noted. Matt Hurlbutt, president and CEO of Greater Rochester Enterprise, said the organization first began working with Li-Cycle in 2019 when the company was working with a site selector for its U.S. location.

Rochester gave the company a leg up when it came to building its facility since the business park already had the needed infrastructure in place. Having such a shovel ready site can save a business time and money, he noted.

In addition, the region had a talented work­force available to assist the company with their needs, from research and development to pro­duction.

“It’s been a great success,” Hurlbutt said, not­ing Li-Cycle is well positioned at the business park to leverage needed assets and reach its customers.

Since the deal closed, Hurlbutt has gotten several other inquiries from clean technology companies about locating to the region.

He noted that the Rochester region has a reputation for its success in the clean energy sector, from legacy companies to startups.

The company saw a need in the marketplace for a process that was environmentally friendly, as well as cost effective, he said.

Li-Cycle, which was founded in 2016, has previously run a demonstration hub in Kings­ton, Ontario, to determine key design criteria for the build out of this first commercial hub.

Since its inception, the company has devel­oped and validated Li-Cycle’s hub-and-spoke technologies — patented and sustainable pro­cesses that allow for the recovery of all critical materials found in lithium-ion batteries, capable of producing battery-grade materials.

The technology uniquely positions the com­pany to support the growing international movement toward zero carbon economy and creation of a circular economy for lithium-ion batteries, he noted.

Lithium-ion rechargeable batteries are in­creasingly being used in automotive, energy storage, consumer electronic and other indus­trial and household applications.

Keeping up with the increased customer de­mand is key for the company moving forward, Johnson said.

The business has taken steps to assure it has the capital to continue to grow and meet demand.

Li-Cycle is expected to receive roughly $615 million in gross transaction proceeds upon the closing of the business combination, which is expected to enable the company to contribute to funding its planned global expansion.

Li-Cycle intends to apply to list the common shares of the combined company on the New York Stock Exchange under the new ticker symbol, LICY.

In addition to its business operations in Roch­ester, Li-Cycle is interested in being a good corporate citizen, Johnston said.

The company recently announced a partner­ship with the Rochester-based Shore Foun­dation, a nonprofit organization that provides access to technology for low-income individuals and families.

The partnership is expected to benefit a num­ber of community groups that address issues like access to education, homelessness, at-risk youth and job empowerment programs. LI-Cy­cle will also assist the agency with recycling of laptop lithium-ion batteries for computers that are unable to be refurbished and redistributed.

“As we continue to grow in the region, we will be looking for additional opportunities to give back to the community,” he said.

Can Ontario boost EV battery recycling before it’s too late?

Can Ontario boost EV battery recycling before it’s too late?

Lithium-ion batteries are meant to power the future — but that won’t happen if we don’t tackle recycling Original interview published in TVO April 22, 2021  First, batteries that once...

Original interview published in Rochester Business Journal April 09, 2021  Innovation and technology has been part of Rochester’s core for more than a century, and the path paved by the...