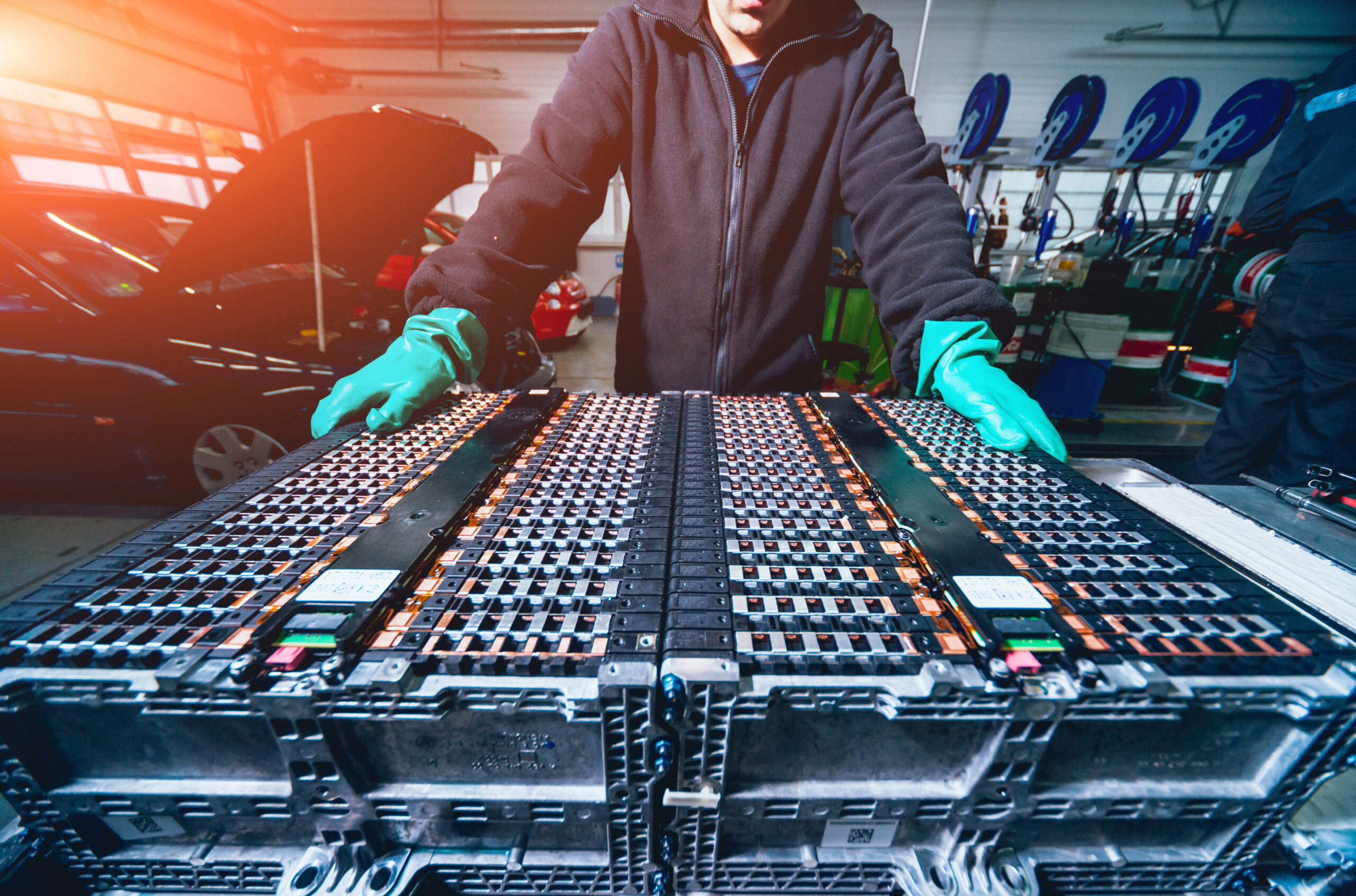 More companies and carmakers are getting in on recycling to save costs.

When your kid looks at you with those big, innocent eyeballs and asks, “Where do lithium ion electric car batteries go when they die?” Without hesitation—because kids that age still believe you know everything—you read them this article:

For instance in the United States, former Tesla chief technical officer JB Straubel is leading a battery recycling company called Redwood Materials, situated not far from Tesla’s battery manufacturing Gigafactory outside Reno, Nevada. A Canadian company called Li-Cycle is going to begin construction of the largest battery recycling plant in North America at the former Eastman Kodak complex in Rochester, New York. And there are many other recycling efforts taking place in China and Korea, where the bulk of the world’s batteries are made.

The sieve is used to separate the valuable cell materials—black powder (lithium, nickel, manganese, cobalt)—from the other raw materials.VOLKSWAGEN AG

“We know from many years of research that recycled battery raw materials are just as efficient as new ones,” said Mark Möller, head of technical development at Volkswagen Group Components. “We plan to support our cell production in the future with the material we have recovered. We really want to use every possible gram of recovered material as the demand for batteries rises sharply.”

The practice of it, however, is just being started. VW’s plant in Salzgitter is officially a pilot plant. The Li-Cycle plant hasn’t been built yet. Word is that Redwood Materials hasn’t started recycling, either.

A recent article in IEEE Spectrum, the official magazine of the Institute of Electric and Electronics Engineers, quotes the consultants Circular Energy Storage saying about a hundred companies worldwide are either recycling batteries right now or have plans to do so. IEEE says there are “several dozen” startups in North America and Europe. Those include not only Li-Cycle and Redwood Materials, but Swedish company Northvolt and Norwegian company Hydro.

“These startups aim to automate, streamline, and clean up what has been a labor-intensive, inefficient, and dirty process,” said Spectrum. “Traditionally, battery recycling involves either burning them to recover some of the metals, or else grinding the batteries up and treating the resulting ‘black mass’ with solvents.”

VW has plans for a cleaner, more efficient process.

“As EV batteries contain a complicated mix of materials, current battery recycling methods require essentially melting them down in a furnace, which only recovers about 60 percent of the materials inside,” VW said. “The process being developed in the Salzgitter plant uses several mechanical steps designed to recover up to 95 percent of a battery pack’s materials for reuse. In an 880-pound battery pack, the plant can recover about 220 pounds of key electrode minerals like lithium, nickel, cobalt, and manganese.”

Recycling is just one way to deal with batteries. Following the mantra of reduce, reuse, recycle would mean a few different things.

The Lucid Air has a claimed range of 517 miles. Do you really need all that?

Reduce: Do you really need 100 kWh of battery on your electric car? Do you really need 250 or 300 miles of range or more? Right now it’s a status thing to have over 100 kWh of batteries and several hundred miles of range. Maybe not everyone needs that much. Most urban commuters can get by with a much smaller battery. The Mitsubishi iMiEV when it was on sale here came with a 16-kWh battery, good for 62 miles range. Are ginormous battery packs the aerodynamically useless tailfins of the modern automotive era?

Reuse: Tesla offers the Powerwall, a home battery that stores energy your solar panels make during the day for clean-energy use later that night. A few other companies offer something similar. But those use brand-new batteries. The idea of using depleted but still-useable batteries from electric cars as home energy storage media has been around for a while, but apart from some DIYers, the idea has yet to catch on.

A recent study by researchers at MIT suggests that used electric car batteries could be the affordable buffer needed to store clean energy from solar or wind for use at night or when the wind dies. The study was based around a theoretical solar power installation in California.

“They found that the new battery installation would not provide a reasonable net return on investment, but that a properly managed system of used EV batteries could be a good, profitable investment. On the economic side, there are also questions: Are we sure that there’s enough value left in these batteries to justify the cost of taking them from cars, collecting them, checking them over, and repackaging them into a new application? For the modeled case under California’s local conditions, the answer seems to be a solid yes, the team found.”

So to get back to the original question: Where are your car’s batteries going to go when they die (or fall below 80-percent efficiency)? We don’t know exactly where yet, but chances are they will be reused in a stationary application, then recycled into new batteries. Hang on a few years and find out.

Original interview published in EVObsession March 11, 2021 – Johnna Crider Getting Stoned is a podcast that I started on New Years Day 2021 and it’s a neat way of exploring gems and...

Original interview published in Getting Stoned: Gems and Minerals March 7, 2021 – Johnna Crider Today I have two very special guests from Li-Cyle Holdings, a company that specializes in lithium-ion...