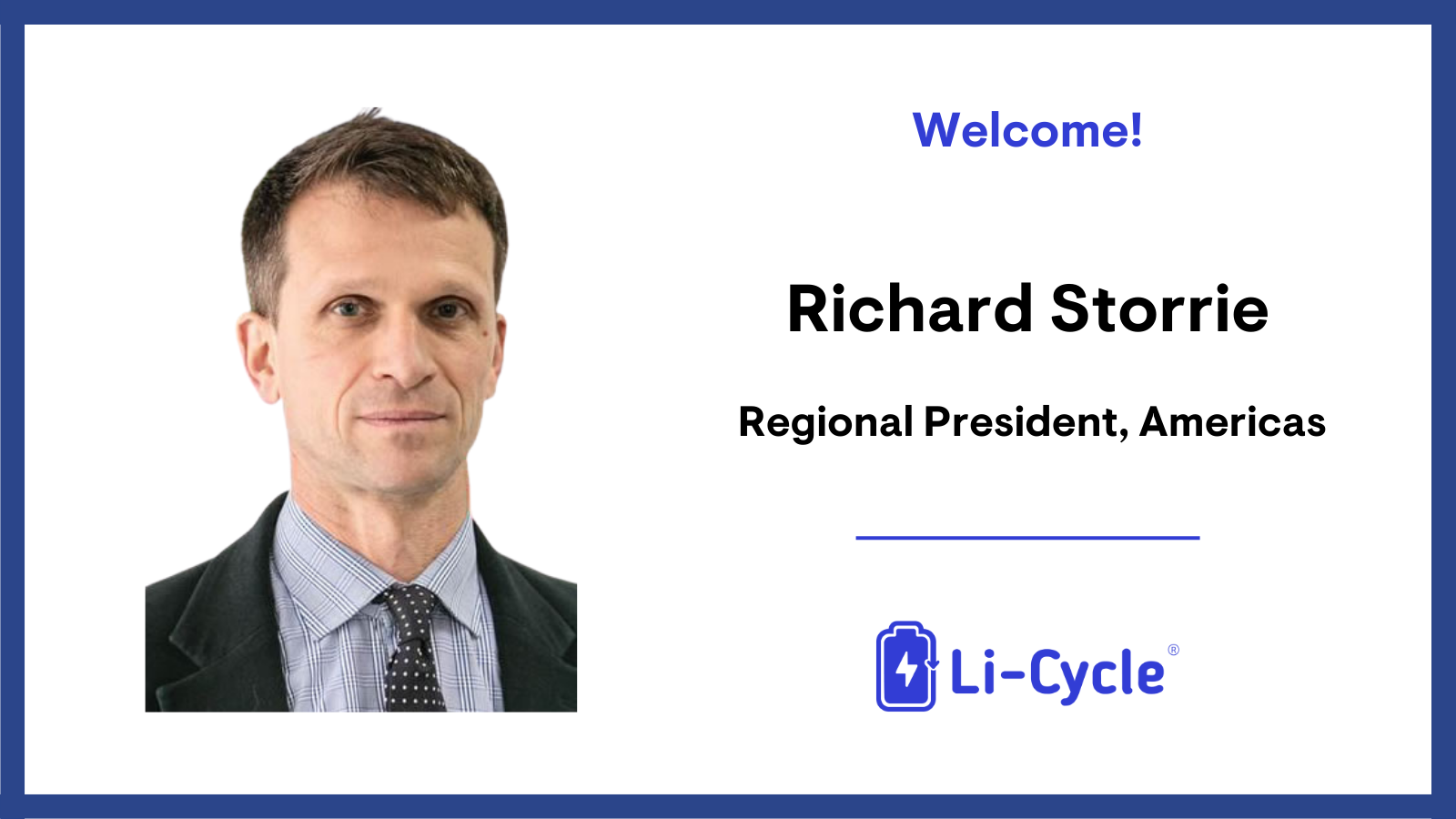 Storrie, who joins the company on 24 January, will oversee all of Li-Cycle’s recycling operations and commercial activities.

Li-Cycle said Storrie brings more than 26 years of operational, technical, and strategic development experience in the metals and mining industry and possesses a deep understanding of the battery metals supply chain.

Most recently, Storrie was president and COO of Rio Tinto’s Diavik Diamond Mine.

Meanwhile, Li-Cycle has promoted Dawei Li to the role of regional president, Asia-Pacific countries, while Tim Johnston has become interim regional president of Europe, the Middle East and Africa and Kunal Phalpher has been appointed chief strategy officer after previously being chief commercial officer.

Last year, Li-Cycle announced it would speed up its rollout of lithium-ion battery recycling facilities – with a fourth commercial plant set to start operations in the US state of Alabama in mid-2022.

January 20, 2022 Original article published in Rochester Beacon Ten years after its Jan. 19, 2012, bankruptcy filing, a diminished Kodak is still finding its way in the post-film world...