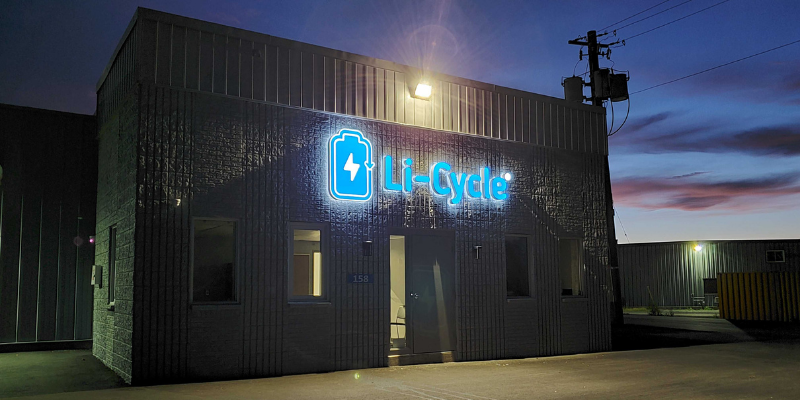 As the world moves toward rechargeable batteries in consumer electronics, industrial energy storage, and green vehicles, recycling and reclaiming the materials from these lithium ion batteries has become increasingly important. Li-Cycle has been developing technology to recycle rechargeable lithium ion batteries and separate the important components in order to sustainably return battery materials back into the market, creating a closed-loop lithium-ion battery supply chain.

Founded in 2016, Li-Cycle has developed technology to recover 95 per cent of all the materials in lithium ion batteries. Headquartered in Toronto, Li-Cycle set up their first Spoke location here in Kingston.

The company employs 40 individuals full-time, as well as a number of local contractors, working at various local locations and on projects for Li-Cycle. At 158 Hagerman Avenue, one of three Spoke locations in North America, Li-Cycle shreds lithium ion batteries, and sends the resulting products, battery materials, which they call “Black Mass”, and a mixed copper and aluminum byproduct, to their Hub location in the United States for further processing. 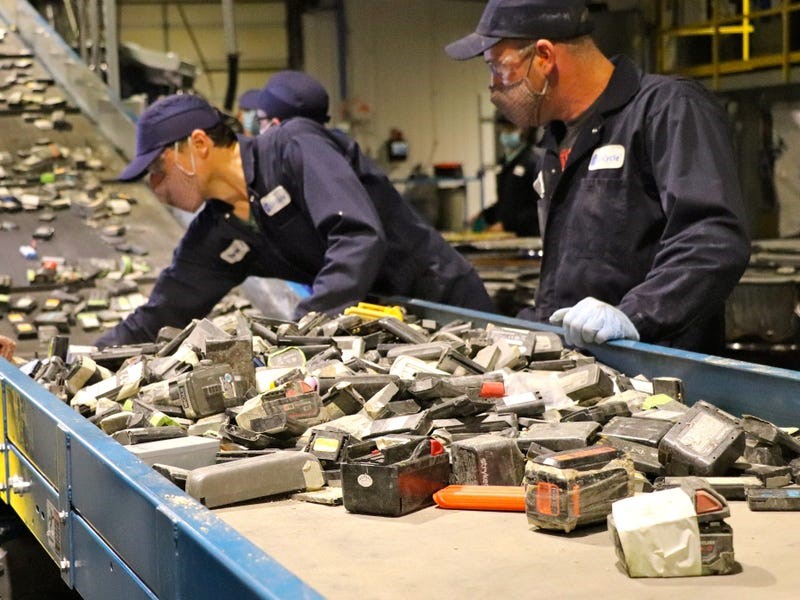 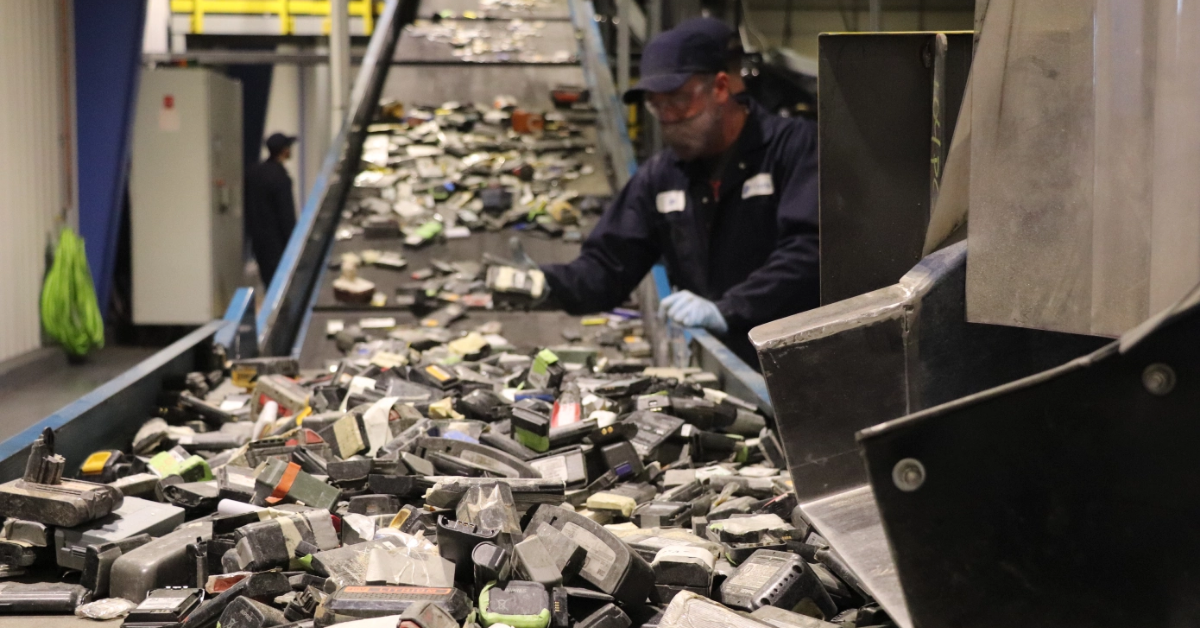 As well as this operation, Li-Cycle also operates a warehouse, and has a research and development facility in Kingston.

“Li-Cycle has been operating in Kingston since 2017. During that time, both the City of Kingston and the Kingston Economic Development group have been major supporters,” said James Pettingill, VP, North America Spoke Operations. “When we started operations four years ago, we had difficulty – at least initially – finding skilled labour in the area. Through a partnership with the EOCC [Eastern Ontario College Consortium], and specifically, St. Lawrence College, we were also able to leverage funding through Skills Advance Ontario to help offset a large portion of the training costs used to upgrade the skills of our workforce.”

In August, Li-Cycle made its public debut on the New York Stock Exchange, after completing an agreement with Peridot Acquisition Corp. The transaction resulted in over $500 million, which Li-Cycle will use to fund their North American expansion, according to a media release.

The executive team at Li-Cycle was recognized at Canada’s Clean50 Awards on Sept. 15, 2021. Li-Cycle was honoured in the Sustainable Technology category. The honourees will attend a Summit in October “to tackle climate problems and identify out-of-the-box solutions, as well as find opportunities for future collaboration,” according to a release from Clean50.

As well as being a leader in sustainable tech, Li-Cycle also gives back. “In the spring of 2021, Li-Cycle officially kicked off its first fundraiser in the fight against cancer, a virtual event that featured Stephen Girling, a Logistics Supervisor in Kingston, having his head shaved by his wife,” Pettingill shared. “After Stephen successfully collected $1,335 in donations from fellow team members in support of the Canadian Cancer Society, Li-Cycle’s head office matched each employee donation with a corporate donation of their own.”

Li-Cycle’s co-founder and Executive Chairman, Tim Johnston, chimed in with another way the company continues to support charities. “Food banks across Canada have seen a rapid surge in demand due to the COVID-19 pandemic, however, even before the negative effects of the pandemic were felt, Li-Cycle recognized that food insecurity is far beyond a pandemic issue. Our annual Holiday Giving Back campaigns aim to give back to those in need in Kingston, as well as in the other communities where the Li-Cycle team lives and works,” he said.

“From non-perishable food items to diapers and baby food, Li-Cycle employees have been encouraged over the years to purchase donations that they’re comfortable contributing,” Johnston continued. “Head office then matches every dollar spent with a monetary donation to the Partners in Mission Food Bank, among other food banks across North America. This year, thanks to overwhelming participation by our team, we donated over 200 food items and diapers to food banks, in addition to making corporate donations for the greater good.”

To learn more about Li-Cycle, their products, services, and news, visit their website: https://li-cycle.com/

The Green-Cycle Podcast Releases Episode #6: Engaging Governments on the Importance of Battery Recycling

The Green-Cycle Podcast Releases Episode #6: Engaging Governments on the Importance of Battery Recycling

September 27, 2021 Lithium-ion batteries are crucial to the electric vehicle (EV) revolution, and for meeting the UN’s goal for zero-carbon emissions by 2050. To achieve this goal, industry stakeholders...

September 20, 2021 Original article published in Capital Share of lithium-ion battery maker Li-Cycle were up 7.97% on Monday as the rest of the market suffered one of the worst...