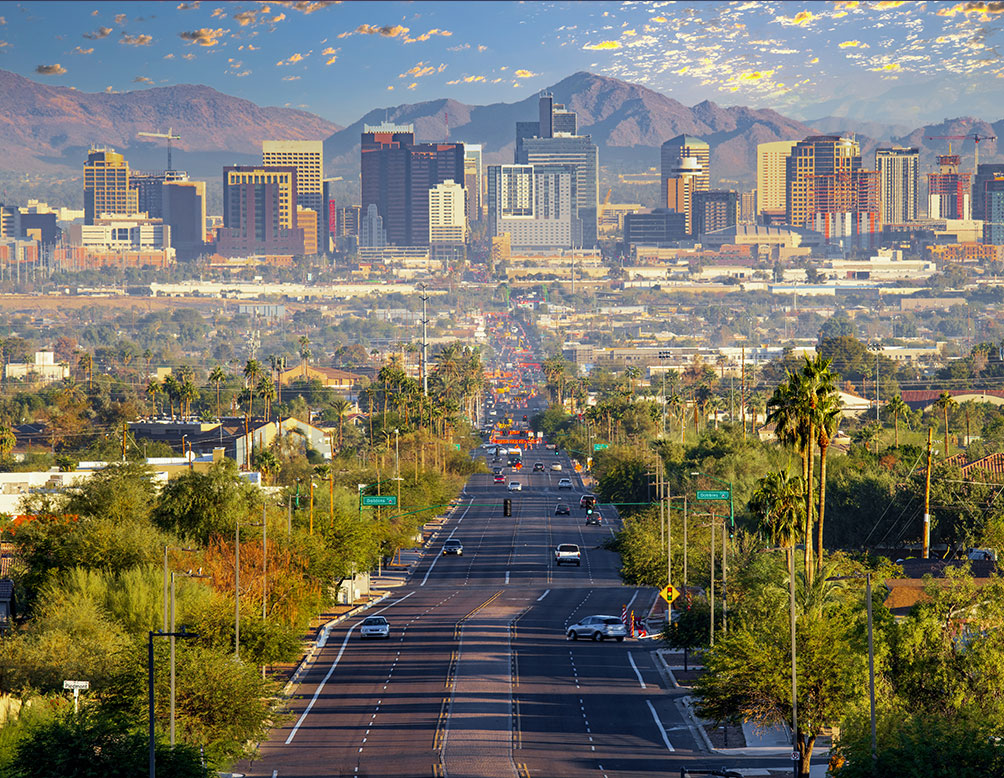 America’s market is 10 times the size of Canada’s but competition is fierce, and it pays to be prepared.

Our southern neighbour is an enticing prospect. Its market is 10 times the size of Canada’s and in some cases it is further down the track of adopting new technologies than we are. And success in the States can have a huge impact on a company’s bottom line. Calgary-based Virtual Gurus, which connects companies with virtual assistants from diverse backgrounds, started focusing on the U.S. nine months ago. Its founder, Bobbie Racette, says it already accounts for 45 percent of revenues.

But America is as mercurial as it is massive. It can seem comfortably familiar to Canadian businesses up until the moment it’s not (those Buy American laws; its labyrinthine tax code). And if you think U.S. and Canadian customers are essentially the same, just try selling a bag of milk to an American.

So how should entrepreneurs approach an entry into the U.S. market? We asked four who’ve made the leap.

Bridgit is a workforce planning tool now used by construction firms in more than 20 states. But co-founder Mallorie Brodie admits she and her business partner put off expanding south for several years — despite receiving requests from U.S. customers. “We were a bit hesitant about the tax and legal implications and how to structure it,” she says. “But we were over-complicating it in a lot of ways.”

After being advised by an investor not to wait, the pair got reassuring advice from lawyers and tax experts. Tax isn’t that difficult until sales are significant in multiple states, and Canadian companies can stay in Canada and sell into the U.S. without hiring staff there. After a bumpy start upon discovering that its Canadian market research didn’t translate well to the States and competition was tougher than expected, Bridgit retooled its product lineup three years ago. It’s now growing at a healthy clip: in October, it raised $24 million to continue its expansion.

Sachin Aggarwal, CEO of Think Research, a health technology company that has been operating in the States for a decade, emphasizes one piece of advice: focus. “Don’t think you can blanket the entire U.S. market — you can’t,” he says. “It’s too big, it’s too expensive, it’s too diverse.” Aggarwal recommends Canadians pick a sub-market and concentrate relentlessly on it. In the case of Think Research, that meant narrowing the services it offered in the States. The company made inroads by specializing on care homes, where there was a gap for the kind of digital platform it provides.

In other cases, the division can be geographic. Bridgit, for instance, prioritized the cities with highest construction volumes then doubled down on the markets where it was seeing most success.

Canadian recommendations are lovely, but they won’t win hearts and minds in the U.S. American businesses care what other American businesses are up to — so it’s essential to make sure your first clients there are happy. “You’re looking for a raving fan, so that you’re able to take their recommendation to all their peers,” says Aggarwal. That goes far beyond simply answering their emails quickly. “You’ve got to price it right for your first customers,” he says. “You have to make it attractive for them and then spend a lot of time validating the solution and adjusting it to their needs so that you know it hits the mark.”

The flip side is that since you’ll be perfecting your product in-market anyway, you can create a U.S. version relatively quickly. Think Research launched with what was essentially a test product because, says Aggarwal, if it failed “we weren’t committing resources to something that would have been a wasted effort.”

Canadian entrepreneurs never really travel solo. The country has more than 1,000 trade commissioners posted around the world to open doors for businesses. “They are the best resource we have as Canadian entrepreneurs,” says Karen Schuett, CEO of Livestock Water Recycling, which manufactures equipment that turns manure into clean water, fertilizer and biogas. She has made extensive use of the service in the U.S. and as far afield as Lebanon and Japan. “They’ve helped us set up, vet different deals and get market intel,” she says. “The resources are incredible.”

Now that everyone is used to living, working and doing business deals on Zoom, many Canadian companies can afford to take their time hiring staff in the U.S. Businesses can dip their toe into the American market by selling from Canada and commit themselves more fully with a local workforce once they have a decent sales pipeline going. Before starting recruitment, Aggarwal recommends that entrepreneurs hit up trade shows and conferences to meet as many people as possible and immerse themselves in the U.S. market. “I think it’s a mistake to shoot in the dark if you’re trying to hire before you’ve done some of that groundwork,” he says.

And finally: look for short cuts

You don’t have to build everything from the ground up. When Li-Cycle, a Toronto-based lithium battery recycler, was looking for a place to build a new recycling hub in the northeastern U.S., it used the area’s post-industrial economy to its advantage. It chose a spot in Rochester, N.Y., that once housed a large Kodak factory. “They have buildings upon buildings that are meant for this type of industry,” says CEO Ajay Kochhar. “And with that comes all the utilities, the support infrastructure and security. It was very quick for us to say yes: it minimized cost, boosted speed and mitigated execution risk.”

And for companies with money on hand, buying your way into a market through acquisition can be an effective strategy. After steady growth in the U.S., in 2021 Think Research purchased BioPharma, a research organization, and Pharmapod, a provider of software to pharmacies, that both have large American client bases. The company now has an in-house mergers-and-acquisitions team looking for other potential targets as it seeks to further expand its reach. “It’s an excellent strategy, when you’re ready and you’re able and you want to gain a bigger foothold,” says Aggarwal.

Foreign buyers are eyeing Canada’s cleantech firms. Should we worry?

Foreign buyers are eyeing Canada’s cleantech firms. Should we worry?

April 7, 2022 Original article published in CleanTechnica Li-Cycle’s Chief Strategy Officer, Kunal Phalpher, took time to chat with me on a call about the progress the company has made,...

With demand for critical battery raw materials such as lithium, cobalt and nickel increasing, investments are flooding in to solve the emerging challenge posed by end-of-life lithium-ion batteries April 1,...